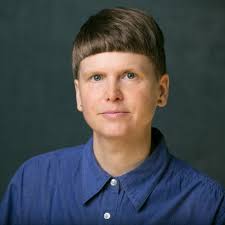 Named after an actual street in Vancouver, Jen Currin’s fifth collection of poetry, Trinity Street (House of Anansi $19.99) due out in April, 2023 also uses the name for the site of an imaginary garden and imperfect utopia in the title poem. From publicity, these new verses “weave together the meditative and the disruptive, the queer and quotidian, and the worlds of the dead and the living. Connections are made through prayer and protest; friendships are forged on a planet challenged by climate crisis, collective grief, and the perils of late capitalism.” Currin’s last book, Hider/Seeker (Anvil Press, 2018) was a collection of short stories that won a Canadian Independent Book Award and was named a 2018 best book by the Globe and Mail newspaper. Their previous poetry collections have also been nominated for, and won various awards including: The Inquisition Yours (Coach House, 2010) which took the Audre Lorde Award for Lesbian Poetry; and School (Coach House, 2014), which was a finalist for the Dorothy Livesay, Pat Lowther and ReLit awards. 9781487011628