Karen Autio's kidlit book cleverly reflects upon settler impact on the Okanagan Valley and the Syilx people over the life of a Ponderosa Pine (1780 - 2003). 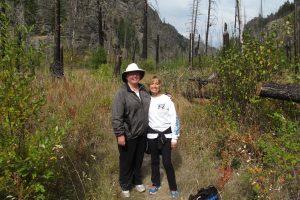 From a seedling to its death in 2003’s Okanagan Park fire, the tree survives eras from the fur trade, gold rush days, and sternwheelers to the Kettle Valley railway construction, finally succumbing to climate change. 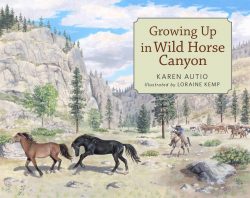 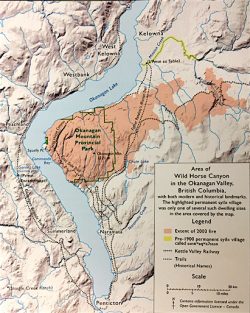 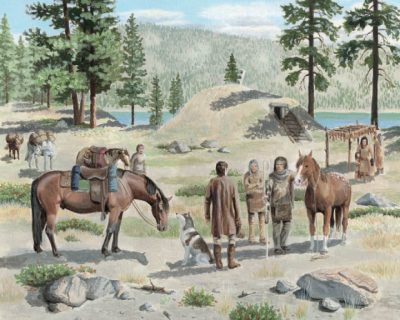 A Syilx family with drying salmon and a Kekuli or pithouse. Painting by Loraine Kemp 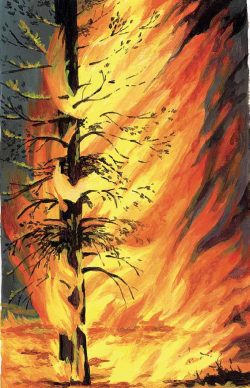 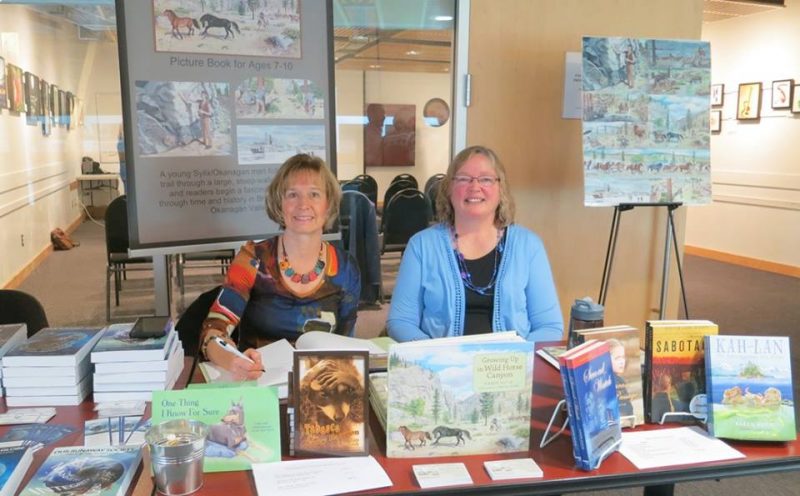 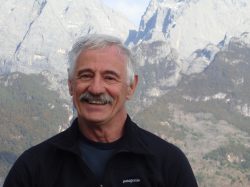