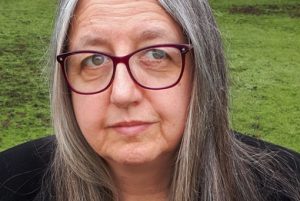 “Lots of people think of cherry blossoms when they think of haiku,” says Isabella Mori in a recent post from Joy Kogawa House.

“I do, too, of course — but so much so that I’ve lost my taste for pretty cherry blossom haiku. The idea, then, is to post haiku that are a little rougher, darker.

Here is a sampling of her recent “not-so-pretty haiku.”

st. mary’s church
under the cherry tree
a buried kitten

this year
drunk on cherry blossoms
not gin

Follow Isabella Mori on twitter @moritherapy and stay tuned for events like Haiku from Tashme Internment Camp, a multi-site reading of haiku written by Japanese Canadians interned at Tashme, the largest internment camp in British Columbia during the Second World War. With Julie Tamiko Manning, co-author of The Tashme Project: The Living Archives, Jacqueline Pearce, author of Haiku in Tashme: The Legacy of Sukeo “Sam” Sameshima, and Isabella Mori, with Laura Saimoto of Vancouver Japanese Language School and members of the Tonari Gumi Haiku Club.

Isabella Mori has published two books of poetry, A bagful of haiku — 87 imperfections, and Isabella Mori’s Teatable Book. She won the Cecilia Lamont prize for poetry in 2018. Mori also writes short stories, novels and non-fiction, and was a translation contributor (from English to German) in Reading Canada, a profile of Canada’s diverse literature commissioned for the 2017 Frankfurt Book Fair. Mori has a Masters in Education and works in the mental health/addiction field. She lives in Vancouver.