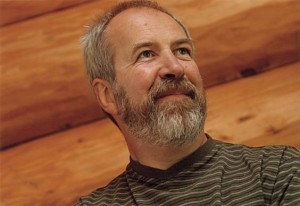 September 3, 2016 – Fifteen days prior to the death of company co-founder Christopher ‘Kip’ Plant in June, employees of New Society Publishers Ltd. voted unanimously on June 11, 2015, in favour of signing a shareholder’s agreement granting a newly formed Employee Trust one-third ownership of the company.

The other two-thirds of the Gabriola Island-based imprint are held equally by co-founder Judith Plant, and by Carol Newell of Renewal Partners. This unique and innovative agreement has been carefully crafted as a model of social enterprise, demonstrating a new and better way of doing business. The shareholders agreement was initiated by Carol Newell, CM, Principal of Renewal Partners. Under the plan, rather than employees being required to make a financial contribution, Renewal Partners redistributed their shares to create an Employee Trust, in recognition of the employees’ past dedication. The Trust has been granted holdings in the company, as well as a seat on the Board of Directors, giving employees a role in both upper management and in charting the direction of the company. Julie Raddysh, Director of Operations, says, “The future is being placed in the hands of the people who have poured their blood, sweat, and yes, tears, into the company.”

In an innovative and exemplary move Newell and the Plants decided that all future growth in the company would be shared, with 50% going to the Employee Trust and 25% each to the other shareholders. Unlike typical business models, under this structure wealth is distributed throughout the company rather than going directly to the top. The goal is to motivate employees and recognize their commitment, while also inspiring other investors to consider similar initiatives. Carol Newell says, “Investments in local businesses just makes good local sense and is critical to the advancement of an equitable economy. It’s important for social purpose investors to step up and innovate new models of inclusion. New Society Publishers is committed to building more resilient communities and culture; its new shareholder agreement now models that mission.” Judith Plant, publisher of New Society Publishers says, “This new shareholder agreement formalizes what Chris and I always felt, that we hold the company in trust.  Our work represents a legacy of activism and of the passionate commitment of authors past and present. We know that New Society will flourish under this groundbreaking arrangement, continuing to inform and motivate the work of future generations, while providing much-needed tools for a world of change ”

New Society Publishers is a global leader in books on sustainability with over 150 titles in print. For over 30 years, we have been publishing books that contribute to building an ecologically sustainable and just society.  www.newsociety.com

For an in-depth history of New Society Publishers watch the full video here.

2 Responses to “Employee Co-Ownership on Gabriola”