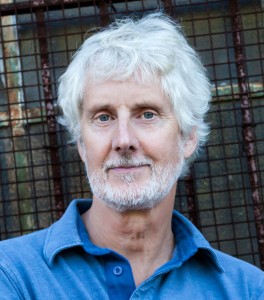 LOCATION: The site of Calhoun Farm, on Calhoun Road near Tappen on Shuswap Lake.

The Calhoun Farm was first recorded in print as a chapter in artist and heritage expert Michael Kluckner’s non-fiction book Vanishing British Columbia (UBC Press, 2005) describing the wartime experiences of a group of Japanese-Canadian families who exiled themselves there, leaving behind homes in Vancouver and on Mayne Island, during the internment years that began in 1942. The Calhoun Farm is also the setting for the early chapters of Kluckner’s first graphic novel, Toshiko (Midtown Press 2015), which recasts the story into a Romeo & Juliet romance involving a local farm boy nicknamed Cowboy and a teenage Japanese-Canadian girl, Toshiko. When their romance becomes a scandal and he is thrown out of his house by his racist father, he escapes with her on a freight train bound for Vancouver.

Toshiko recounts how Toshiko Yesaki and her cousin were sent to B.C.’s interior from ‘Japtown’ in Vancouver due to the internment of Japanese Canadians during World War II. They go to school and also work on the Calhoun Farm near an unfriendly town [Salmon Arm] where most residents view them as enemies. But one of Toshiko’s classmates is curious and sympathetic about the exile of Japanese-Canadians, and a relatively normal (awkward) teenage romance develops.

“Remember Romeo and Juliet in the first term?” she says, during one of their secret meetings. “That’s us.”

The scandal of an intimate relationship between Toshiko and the local boy, Cowboy, who doubles as the novel’s narrator, pushes the couple out of B.C.’s interior and back to Vancouver when his racist father objects. The love-struck teenage runaways know they will be forced to face the racial, moral and social realities of wartime Canada but they head to the coast anyway.

The Calhoun Farm, on Carlin Road, in the Tappen Valley, near Shuswap Lake, is where Henry and Hilda Calhoun welcomed Japanese Canadian families during the internment. Most were the extended family of Kumazo Nagata of Mayne Island. Kluckner’s teenage characters are fictional, but Cowboy’s side of the story is partly inspired by an acquaintance, born in 1934, who had worked on the Calhoun Farm in 1952.

The only extant photograph of the Calhoun family, who took in the Japanese Canadians in the middle of the bitter winter of 1942–3, found its way to an antique store in Clearwater, B.C., following the death of Harold Calhoun, the son of farmer Henry Calhoun. Michael Kluckner found the photograph there in the summer of 2003, shortly before the store was razed in a forest fire.

“For the myriad talks I have given about Vanishing British Columbia,” Michael Kluckner recalls, “I always ended with the story of the Calhoun Farm and the long route taken by those families, including from a house on Mayne Island and a grocery store on Main Street in Vancouver. And the Calhouns themselves were quite heroic, demonstrating such tolerance and humanity in the midst of a hostile province. The opportunity to revisit that period in a fiction format was a bonus.” ved for decades in the preservation of Canada’s old buildings and historic places, Kluckner was the founding president of the Heritage Vancouver in 1991. He served as president of the Langley Heritage Society from 1993 to 1998. From 1996 until 2001, he was the British Columbia member of the board of governors of the Heritage Canada Foundation, and served as chair from 1998-2000. He also sat on the board of the Heritage Society of British Columbia during that period. He chaired the Vancouver Heritage Foundation in 2002-3. He received the Queen’s Golden Jubilee Medal in 2002 for the contributions made, through books and volunteer efforts, to increasing awareness of Canada’s heritage and culture.

Kluckner lived until 2006 on a nine-acre sheep farm in rural Langley where he raised sheep and chickens and helped his wife, Christine Allen, also a writer, maintain her large cottage garden. He wrote for various Canadian magazines and exhibited original artwork at a Vancouver gallery. The move to Langley in 1993 signalled a change in his painting and writing. “There’s a time to fish and there’s a time to mend nets,” he said. “This is net mending time for me.”

Inspired by his travels around the province, he published British Columbia in Watercolour. “These paintings are done for pleasure rather than politics,” he said. “My last book, Paving Paradise, was probably too much of a rant. I realized I don’t have to paint big diggers clawing at old houses to carry on my work.” Inspired by Delacroix and by Japanese sumi-e sketches as a young man, Kluckner has developed a coherent style, using washed-out hues, to match his preservationist aesthetic. Vanishing British Columbia doesn’t rescue the past; it invests the ever-ephemeral present with mystique. Unlike some of Kluckner’s earlier work, Vanishing British Columbia doesn’t feel commercial, and perhaps that’s the result of more tasteful packaging, increased maturity or else more remote subject matter.

After a string of ‘Vanishing’ books in the 1980s, the heritage activist refined his peculiar historical bent that merges academic precision with folksy reportage. The end result is at once charming and useful—a rarity for an art book. Engaging Mark Forsythe’s BC Almanac program to serve as his intermediary to the public, Kluckner attracted oldtimers and history buffs to his website. These people supplied background tidbits — ‘local colour’— to complement his watercolours, archival photos and Union Steamships memorabilia. Kluckner’s paintings of humble sites such as ‘the Brilliant bridge’, ‘the Dunster store,’ ‘Wong’s Market,’ ‘the Rolla Pub’ or ‘the Union Bay Station’ were all started out-of-doors, on location, and completed in his studio. Kluckner’s subjects are devoid of drama, dignified, at rest, almost invisible unless we are stationary with them. Humans are eerily absent.

His image of Maquinna Avenue in Zeballos shows the Zeballos Hotel, built in 1938, and an adjoining two-storey building that housed one of the town’s brothels. The static street scene, complete with parked cars, is non-descript, and yet Kluckner has validated this forgettable scene as a link to a soon-forgotten era. In this way, ghosts are redeemed and we are not trapped in Anywheresville, USA. Amid architectural details, thumbnail biographies and historical summaries, Kluckner includes human punctuation marks. While discussing two paintings of residential schools since converted to Aboriginal centres (St. Mike’s at Alert Bay and St. Eugene’s north of Cranbrook), Kluckner recalls a local woman saying to him, “This is where they tried to take my culture away, so it is fitting that it will now help me to get my culture back.”

How many people today can remember Siska Lodge in the Fraser Canyon, managed by Fred and Florence Lindsay in the 1950s? After incorporating excerpts from a Barry Broadfoot column, Kluckner quotes a Quesnel obituary that notes Fred Lindsay was a self-published author of gold rush tales who had “a few enemies and a hell of a lot of friends.” Perhaps this is what they mean by magic realism. Poof. Fred Lindsay had vanished, but Kluckner, as an artist/magician/historian, has succeeded in plucking him out of a huge hat called history.