Nearly a century at Chilliwack Lake 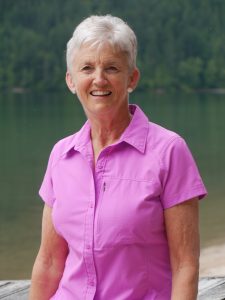 Shelley O’Callaghan’s How Deep is the Lake: A Century at Chilliwack Lake (Caitlin $24.95) is a history of nearly one hundred years of summers at Chilliwack Lake at a summer cabin. Largely a memoir, it simultaneously takes the reader through one summer at the lake, from the opening of the cabin in the spring to its close-up at Thanksgiving, with reflections on indigenous settlements. Similar to the structure of The Curve of Time, in which M. Wylie Blanchet telescoped her family’s coastal cruising adventures into one summer, How Deep is the Lake features expeditions taken by O’Callaghan and six grandchildren as they investigate the headstone of an American scout with the 1858 International Boundary Commission Survey, a 1916 silver mine set up by Chief Sepass, and remnants of an indigenous trail. An important historical character is trapper and prospector Charlie Lindeman who introduced O’Callaghan’s grandfather to the lake in the early 1920s, and rescued her mother and grandmother from a fire that engulfed the lake in the 1930s. O’Callaghan, who is featured on the cover in a b&w photo of a little girl holding a fish, practiced environmental law for twenty-five years and worked for two years a volunteer in Zambia. 978-1-987915-39-6

BOOK LAUNCH: June 22, 7 PM, at the Chilliwack Museum and Archives, at 45820 Spadina Avenue in Chilliwack.