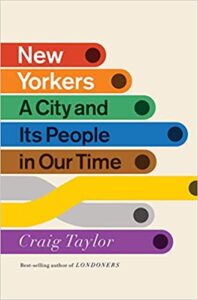 Craig Taylor has won the 2021 Brooklyn Public Library Literary Prize in the nonfiction category for New Yorkers: A City and its People in Our Time (‎Doubleday Canada, 2021). Taylor interviewed hundreds of people such as a bodega cashier, hospital nurse, elevator repairman and an emergency dispatcher. He talked to the workers who wire the lights at the top of the Empire State Building, a balloon handler in the Macy’s Thanksgiving Day Parade, a security guard at the Statue of Liberty and window cleaners at Rockefeller Center. He chose 75 of these profiles for New Yorkers to explore the constant battle between loving the city and wanting to leave it; the nonstop hustle to make it; the pressures on new immigrants, people of color, and the poor; and the question of who gets to be considered a “New Yorker.”

Here is BCBookLook’s Q&A with the author:

BCBookLook: How did you come to write your book, New Yorkers?

Craig Taylor: I wrote a book about London that was published in 2012. My editor thought it might be a worthwhile challenge to cross the Atlantic and spend a few years wandering the five boroughs speaking to all sorts of different New Yorkers. I didn’t need to be convinced. I arrived at the beginning of January, 2014. The next morning I went out and bought a MetroCard.
BCBL: What is your relationship to New York? Have you lived there in the past or just have a passion for it? If the latter, how many times have you visited NYC and what impresses you about the city?
CT: When I was young it seemed everything I loved originated in NY — music, writing, theatre, from The Wooster Group to Nas. I visited New York a few times in my early twenties, but those visits only allowed me to skim across the city. I’d always wanted to go there for real, be there, sink into the place, learn about it. Living there was a completely different experience, mostly because I was able to spend so much time in the boroughs. What impresses me still about the city is its people.

BCBL: Do you have a favourite contributing storyteller (i.e. one of the story-tellers) from your New Yorkers book project? Why is that story so special?

CT: I got to know so many extraordinary New Yorkers. I still speak to many of them, some weekly. While I was researching the book, I became friends with a man named Elliott Carter. Over the course of ten or so interviews, in the most vivid and creative language imaginable, he told me about his experience of years on the streets of NY, including his survival techniques, his tips, his strategies and tactics and, eventually, the way he got himself off the street and into housing. He’s an incredible human being and a born storyteller. I have hours of his stories on tape. It seemed like he’d preface each one with the phrase “You see, the thing about New York is….”

BCBL: What did discover about the city interviewing so many of its residents?

CT: I learned New York is a complex, punitive, elevating, inspirational, hope-dashing, gorgeous, still-thrumming world of its own, a great organism that will never stop. It amplifies some and crushes others. I learned it takes a special talent to live in New York and mastering that talent is a life-long process. It’s enjoyable to learn the rules and shortcuts and shorthand of such a city. While researching I learned about both the specific and the universal, and I was drawn ultimately to those who could tell me how to live in New York with compassion. Those were my favourite New York conversations. 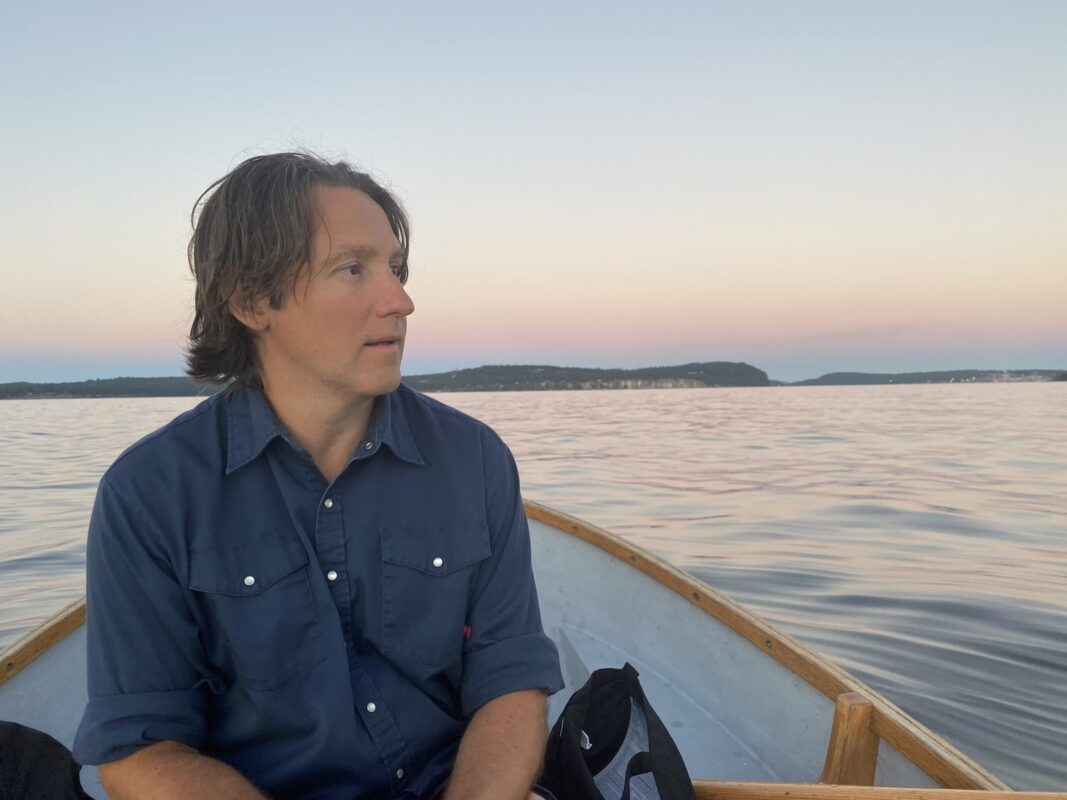 BCBL: Briefly tell me about your background and how you came to be in two of the great cities in the world (London, England and NYC, USA)?

CT: I grew up in Lantzville, just outside Nanaimo, and attended university here on the island, at Malaspina University-College, before finishing my degree in Quebec. For a couple years I worked at a magazine in Toronto called Saturday Night, and then I moved to London and spent thirteen years there working for newspapers like the Guardian, as well as a publisher, Penguin Books UK. Because a lot of British journalists wanted to write about other places, I was often asked to interview Brits, including individuals all over London. [My book] Londoners grew out of my excursions to the city’s crematoriums and night markets and tower blocks.

BCBL: Do you have plans for a book about another major world city?

CT: My editor keeps pushing for Nanaimoites, but I don’t know if I’ll ever be able to capture the soul of this place. I’m hoping to work on a book about the West Coast at some point soon, from Alaska down to Mexico. That sort of project might take another ten years.
*
The Brooklyn Public Library Literary Prizes

Each year, the Brooklyn Public Library honors outstanding works of nonfiction and fiction/poetry with two prizes given in the fall. Selected by librarians and library staff, who draw on their broad knowledge of literature and the many populations they serve, the BPL Literary Prize recognizes writing that captures the spirit of Brooklyn, one of the most socially and culturally diverse communities in the country. The winners are awarded a $5,000 prize. The award was established in 2015 by a group of fundraisers and volunteers called the Brooklyn Eagles. Past winners include another Canadian author, Winnipeg-based Miriam Toews for Women Talking (Bloomsbury, 2019).