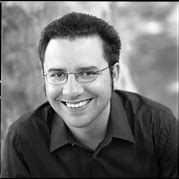 Moccasin Square Gardens (D&M $19.95) by Richard Van Camp, has been shortlisted in the fiction category of the 2020 Sunburst Awards for Excellence in Canadian Literature of the Fantastic.

Moccasin Square Gardens is a collection of short stories about characters who live in Denendeh, north of the 60th parallel, and represent the Tlicho peoples (or “Dogrib”). Van Camp details their inner and outer worlds including all the difficult problems they face and the communities that sustain them.

Born in Fort Smith, Northwest Territories on September 8, 1971, Richard Van Camp is a member of the Dogrib (Tlicho) Nation from the Northwest Territories. He is well-known for The Lesser Blessed (D&M 1996) a coming-of-age novel about “skinny as spaghetti” Larry, a Dogrib teenager in the northern town of Fort Simmer. Larry sniffs gasoline, listens to Iron Maiden and copes with an abusive father, blackouts and an accident that killed several cousins.

“One time before the accident, I was hanging out with my cousins there. We used to play in the sand way down the beach. We’d take some toys down and build houses. We’d also sniff gas. I wasn’t too crazy about it at first, but after seeing my dad do the bad thing to my aunt, it took the shakes away. I could feel the heat on my back from the sun. Every now and then we’d stop to eat or take a leak. Me and my cousin Franky were good pals, even though he was demented. He was the guy who told that if you touch gasoline to a cat’s asshole, the cat’d jump ten feet in to the air.”

Larry befriends a newly arrived Metis named Johnny Beck and forges a more optimistic future. A German translation of The Lesser Blessed by Ulrich Plenzdorf, entitled Die Ohne Segen Sind, received the the Jugendliteraturpreis 2001 at the Frankfurt Book Fair in the juvenile category and was made into a movie with First Generation Films.

Having gained his MFA from the University of British Columbia, Van Camp is also the author of a collection of short stories, Angel Wing Splash Pattern (Wiarton: Kegedonce Press 2002), and two award-winning children’s books, A Man Called Raven (Childrens Book Press 1997) and What’s the Most Beautiful Thing You Know About Horses? (Childrens Book Press 1988), with Cree artist, George Littlechild. His collaboration with Littlechild was selected for an Our Choice designation from The Canadian Children’s Book Centre. Three of his short stories have been turned into radio dramas with CBC and he co-wrote a screenplay for a short film, The Promise, for Neohaus Filmworks in the U.S.

Also a graduate of the En’owkin International School of Writing in Penticton and the University of Victoria’s Creative Writing BFA Program, Van Camp wrote for CBC’s North of 60 television show for two months under their Writer Internship Program and was a script and cultural consultant for four seasons.

Published in numerous anthologies, Van Camp is a traditional and contemporary storyteller who teaches Creative Writing for Aboriginal Students at UBC and Aboriginal Media Art History at Imag(e). In 1997, he received the Canadian Authors Association Air Canada Award for “Most Promising Canadian” under 30. In 1999 he received the “Writer of the Year” Award for Children’s Literature from the Wordcraft Circle of Native Writers and Storytellers for A Man Called Raven.

In 2002, Van Camp was honoured by the Northwest Territories’ Living History Society for his career as a storyteller. In 2003, he was presented with the Queen Elizabeth Golden Jubilee Commemorative Medal.