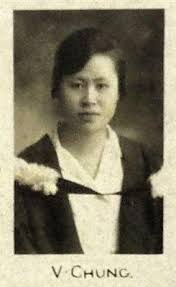 In her second book, City in Colour: Rediscovered Stories of Victoria’s Multicultural Past (Touchwood 2018), May Q. Wong offers succinct accounts of lives and families regarding people of colour and other racial minorities such as Canada’s first Jewish judge, Samuel Davies Schultz, and Canada’s first Chinese female doctor, Victoria Mea Chung. Chung’s father Sing Noon Chung, who worked as a labourer on the Canadian Pacific Railway until it was completed in 1885, was one of the first eleven Chinese people to be converted to Christianity in Victoria by missionary John E. Gardiner. He paid the $50 head tax for his wife to join him. At age five, their daughter Victoria was placed at the Rescue Home for Chinese Girls. Because Chinese were banned from practicing medicine and other professions in B.C., she later took a scholarship to attend medical school at the University of Toronto in 1917, a year after Norman Bethune first attended. For 43 years she worked as a medical missionary in China. The City of Victoria declared Victoria Chung Day on October 8, 2012. May Wong’s A Cowherd in Paradise (Brindle & Glass 2012) chronicles the lives of her parents, Wong Guey Dang (1902-1983) and Jiang Tew Thloo (1911-2002.). Married for over half a century, the couple was forced to live apart for twenty-five years because of Canada’s exclusionary immigration laws. Ah Dang overcame discrimination to become a successful Montreal restaurateur. 978-1-77151-285-5 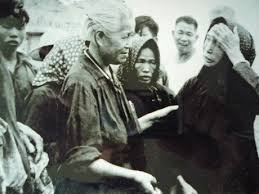