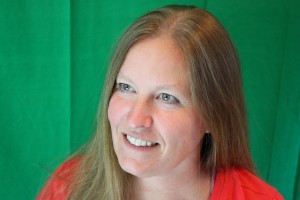 Having taught elementary and high school students of the Tahltan and Nuu-Chah-nulth First Nations, Jennifer Manuel has fashioned a debut novel about a woman who has lived for forty years on the periphery of a First Nations community as a nurse in medical outpost, thereby gaining intimate knowledge of local secrets. Weeks from retirement, Bernadette hears the news over VHF radio that Chase Charlie, the young man she has loved like a son, has gone missing. Without any immediate family of her own in a world “too small for secrets,” she must come to terms with her middle ground in The Heaviness of Things that Float (D&M 2015) $22.95 978-1-77162-087-1 Due to be published, April 2016.

In the 1990s, Manuel, a non-Aboriginal woman, worked for the Ktunaxa Treaty Council in eastern British Columbia, during which time she chaired a national committee on Aboriginal archives, advocating alongside Ktunaxa, Cree, and Mi’kMaq groups for the repatriation of all archival photographs depicting sacred First Nations’ activities. She then worked for three years alongside non-profit Aboriginal groups in Vancouver’s Eastside to develop and deliver education to vulnerable adults, later expanding this work to include the Native Women’s Association of Canada. These activities led her to work as a teacher of Aboriginal children in Kyuquot on the northwest corner of Vancouver Island where she was adopted by the John family. The elder Kelly John gave her the name aa ap wa iick which means, “Always speaks wisely.”

Manuel has since done graduate work at the University of Victoria with a focus on Aboriginal education.