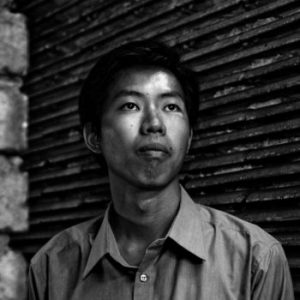 Born in Malaysia, William Tham Wai Liang published his first novel, Kings of Petalling Street (Fixi London 2017), about fate, death, and hope in crime-ridden Kuala Lumpur. It’s inspired by Malaysia’s most notorious and deadliest gangster, Wong Swee Chin, a.k.a. Botak Chin, as well as the stories of crime and poverty he heard while growing up. Dubbed the King of Petaling Street, a fictionalized mobster named Wong Kah Lok suffers from an existential crisis and hopes to repair his relationship with his estranged son, Gavin. Inspector Ramalingam and an opportunistic politician, Chancellor Zahid, are the other main characters. The foursome are all linked to a mysterious assassin, Maut (death, in Malay). “If I substituted the haze of Kuala Lumpr with fog, says Tham, “it could have been the setting of a Raymond Chandler or Mario Puzo story.” Having travelled in Malaysia’s Klang Valley and China’s Jiangsu Province, Tham lived in the UK and Edmonton before settling in Vancouver where he wrote the novel and doubled as creative non-fiction editor of Ricepaper magazine. His short short stories and articles have appeared in Toronto-based Looseleaf and Malaysia’s Calibre magazine and Buku Fixi.

One Response to “Malaysia meets Chandler”