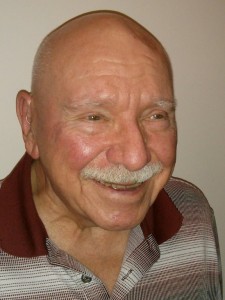 James L. (Jim) McWilliams has created a series of historical novels known as The MacHugh Memoirs. The hero, Rory MacHugh, is a young Canadian of Scottish/French/Blackfoot background. The series begins in 1792 on the Canadian prairies then continues with Rory MacHugh’s adventures involving the Sphinx and Napoleon in Egypt, continuing with his Secret Service activities, service in the 79th Cameron Highlanders in Spain, Portugal, and at Waterloo, eventually ending in 1836 at the Alamo with The Yellow Rose of Texas. Titles include Black War-Bonnet, The Fugitives, A Secret of the Sphinx and The Assassins. The Secret of the Sphinx follows Rory MacHugh as he leaves his Blackfoot world for an ancient one. There determination, versatility, and several unique friends enable him to survive many new lives — a British sailor, an Egyptian Mameluke, a convict, a Secret Agent, a French Grenadier, a Highland soldier, and a forbidden lover in an Egyptian court. But MacHugh’s adventures take a devastating turn when he first encounters his greatest enemy, a young Napoleon Bonaparte. McWilliams’ new novel, The MacHugh Memoirs: The Assassins ($19.95 Birch & Norgate Press), is set in 1803. Rory MacHugh returns to Paris as the bodyguard for the mysterious Count Méhée de la Touche. There his affair with the glamorous Duchess of Abrantès lands him in the notorious mountaintop prison, the Fortress of Bitche. After a unique escape he becomes embroiled in several assassination attempts aimed at his very personal enemy, the Emperor Napoleon. The latter’s murder of the Duc d’Enghien results in MacHugh’s imprisonment and escape by balloon with the world’s first lady-parachutist. James McWilliams was born in Moose Jaw, Saskatchewan, on May 31st, 1938. He came to Cloverdale, B.C. in 1993. His experiences as a history student, a soldier, a teacher and a Pipe Major have influenced his writing. Along with co-author R. James Steel, McWilliams has also written three First World War histories: The Suicide Battalion, Gas! The Battle For Ypres 1915, and Amiens: Dawn of Victory.

A Secret of the Sphinx