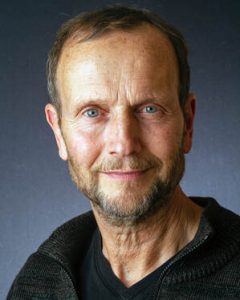 Author, actor and now Vancouver Public Library’s Fall 2021 writer in residence, C.C. Humphreys has published One London Day (Library and Archives Canada $20), a contemporary London noir thriller that begins on the date July 30, 2018. There’s a cast of characters and connections centered around Joseph Severin, a previously respectable North London businessman who begins doing the books for a rogue spy outfit called the Shadows. Severin is also falling for Lottie — “chaos on two legs” — who seems to only have eyes for a young Black actor on the verge of fame. The Shadows, headed by a psychopath are detected by the authorities and Severin is now in trouble with a hitman after him. Publicity for the book says: “like that genre’s 40’s origins, this story has its hood, its moll, its femme fatale, its fancy boy. Everyone is both protagonist and antagonist. No one gets out unharmed – and some don’t get out at all.” 9781989988046