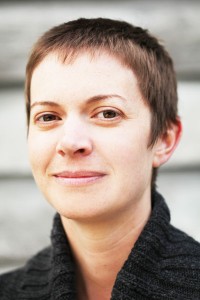 Winners of the 16th annual Vancouver Writers Fest Poetry and Short Story Contest have been announced, and Ashley Little has continued her winning ways.

The Kelowna resident has received the top prize in the  short story category for her story, “Scorpion Tattoo.” At last year’s B.C. Book Prizes, Little, the author of three novels, caused a stir when she won two BC Book Prizes for two different books. She has also been longlisted for the International IMPAC Dublin Literary Award and her work has been optioned for film and television. See ABCBookWorld for more info. North Vancouver, BC resident Jackie Bateman is the winner of the second place prize in that category for her story, “The Corners Fade”. Her novel Savour, published by Anvil Press, will be reviewd in the Spring issue of B.C. BookWorld.

First place in the poetry category goes to California resident Kate Hovey for “Kathleen”. Hovey is the author of three award-winning books of poetry for young readers and is a contributor to the forthcoming Mythology and Modern Women Poets: Analysis, Reflection and Teaching.

The second place winner for poetry is Vancouver resident Matt Whiteman for his poem “Denis, falling through ice”. Whiteman won subTerrain magazine’s 2014 Lush Triumphant award for poetry and is currently working on his first poetry collection.