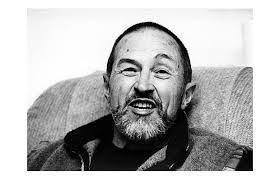 The festival sponsors book launches, author book signings, workshops, poetry readings, a book fair, and a celebration dinner. The venues will include the UBC Learning Exchange, 612 Main Street in Vancouver’s historic Chinatown, Centre A, and the Richmond Library and Cultural Centre. For more information go to: http://literasian.ricepapermagazine.ca/authors

LiterASIAN is a community-building initiative of the Asian Canadian Writers’ Workshop and Ricepaper Magazine. Festival Director Jim Wong-Chu says, “In the past, many of the mainstream literary festivals were good at recognizing diversity and inclusiveness but as we are seeing, including one or two token visible minority writers is hardly a way to illuminate the writing of a community.” He adds that as more talented Asian writers are finding new opportunities to publish, they need a way to come together and celebrate their achievement.

Fred Wah [in photo], one of literASIAN’s featured authors, is the current Parliamentary Poet Laureate for Canada. Wah began publishing poetry as part of the international avant-garde movement TISH located in Vancouver. Since 1965, Wah has published 24 books of poetry, fiction, and non-fiction. Waiting For Saskatchewan won a Governor General’s Literary Award in 1986 and So Far was awarded the Stephanson Award for Poetry in 1992. With the publication of Diamond Grill (1996), a biofiction based on his family history about growing up in a small-town Chinese-Canadian café , Wah emerged as a central figure in race writing in Canada and abroad. The book won won the Howard O’Hagan Award for Short Fiction in 1996. Wah received the Dorothy Livesay Poetry Prize in 2010 for is a door (Talon 2009).