L is for Laba 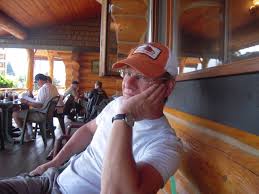 After seventeen years, Mark Laba has produced a second collection of poems The Inflatable Life (Anvil $18). According to his publisher, the poems recreate, “the structure of the old variety shows he watched on TV as a child. The reader will find a little singing, a little dancing, a little drama, a little comedy, a little experimentation, all rooted in a veritable grab-bag of far-ranging experiences.” The poems are surreal in nature, similar in style to his first book of poems, Dummy Spit (Mercury 2002). Perhaps better known for his ten years as a restaurant reviewer for the Province newspaper, Laba cites a range of employment in his CV: watchmaker, anatomical model painter, stock and bond messenger, vertical-blind maker, scriptwriter for educational animation, and artist. His The Mack Bolan Poems (Gesture 1985) won the bpNichol Chapbook Award. 978-1-77214-142-9