The Co-op Revolution: Vancouver’s Search For Food Alternatives
by Jan DeGrass, with a foreword by Rick Scott

Grocery Story: The Promise of Food Co-ops in the Age of Grocery Giants
by Jon Steinman 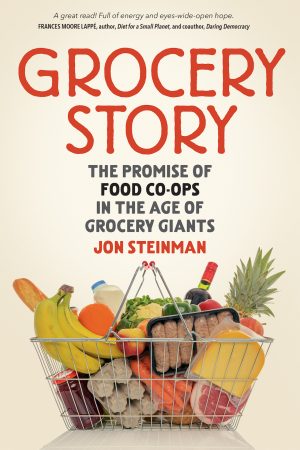 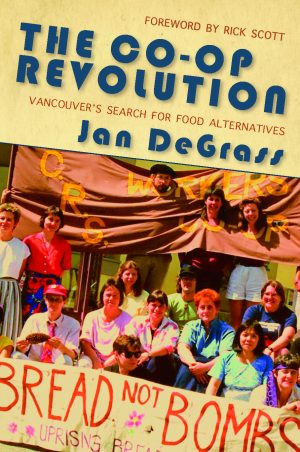 Retailing of organic food, whole food and fresh local food are legacies from the 1970s in British Columbia. Food co-operatives pioneered them, combined with community ownership of food stores. 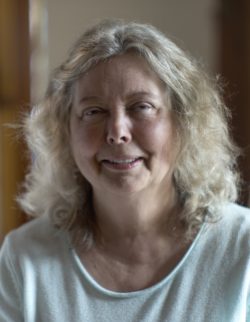 Jan DeGrass, now the editor of Sechelt’s Coast Life magazine, worked at the centre of B.C.’s “new wave” food co-op movement from 1975 to 1980. As an Ontario university student, she had joined the Waterloo Food Co-op. Then like many other young people at the time, she visited Vancouver and decided to settle there. Committed to co-op ideals, in 1975 DeGrass helped found CRS Workers’ Co-op (Collective Resources and Services Workers’ Co-operative), which in turn started up the Tunnel Canary cannery, Queenright Co-operative Beekeepers, Uprising Breads Bakery, and the Brokerage Collective, a food wholesaler that became Horizon Distributors.

DeGrass’s memoir, The Co-op Revolution, recounts what is was like to start and build innovative food businesses on a shoestring during those times. Supported by membership shares and small government grants, co-op boards also managed to get some financing from credit unions to launch new ventures. At one point CRS Workers’ Co-op was distributing food to fifty other co-ops. DeGrass recalls, “CRS taught me how to ask questions, run a business and do research. Our idea was to think big and do this.” 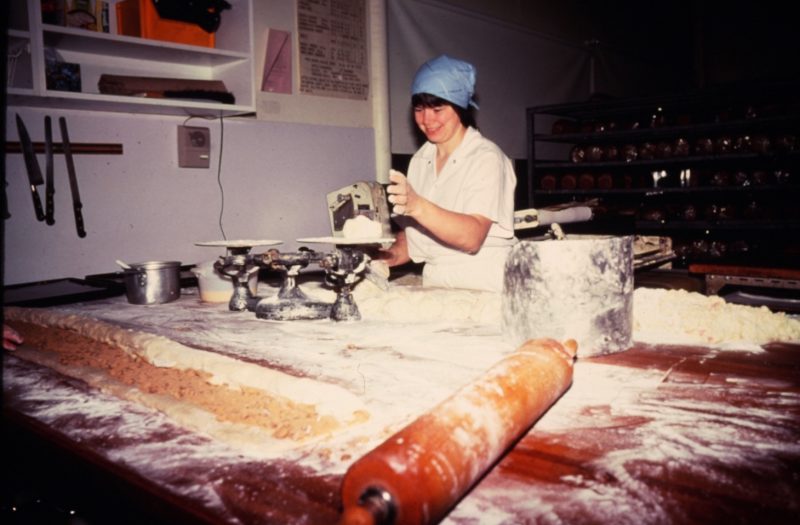 Administrative and labour costs were low: DeGrass recalls that employees were expected to donate some of their salary to build up capital, while co-op members were regularly scheduled as volunteers. DeGrass had few personal possessions, lived in a communal house, and socialized mostly with other co-op workers.

As the market for organic, whole, and farm fresh local food grew, supermarket chains developed their own versions of those products. Food co-ops had to compete more directly against large corporate retailers in the tight-margin grocery business.

DeGrass was less involved with food co-ops after 1980, taking a communications job with the B.C. Central Credit Union. Looking back, she is proud of what co-ops have accomplished. She decided to produce a book about her experiences after writing the article about co-operatives for the Encyclopedia of British Columbia. Reviewing old CRS files stored in her attic, she realized, “This is a piece of Vancouver history.” While writing the memoir, Degrass was able to reconnect with many former CRS colleagues at a reunion held in 2016.

The Co-op Revolution is her fourth book. It follows Safe Haven, a history of the Gulf & Fraser Fishermen’s Credit Union, Jazz with Ella, a novel, and Take Pot Luck, a self-published cookbook. 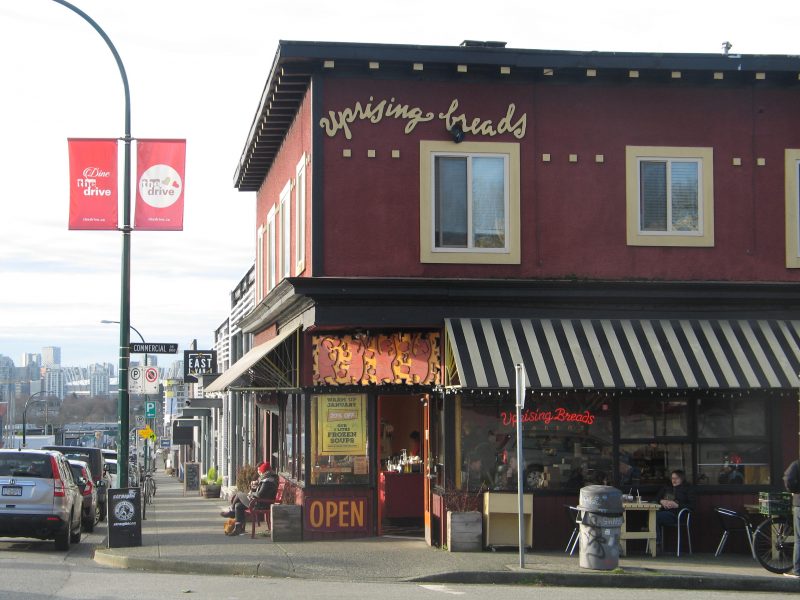 Uprising Breads, Commercial Street and and Venables, Vancouver, as it looks today. 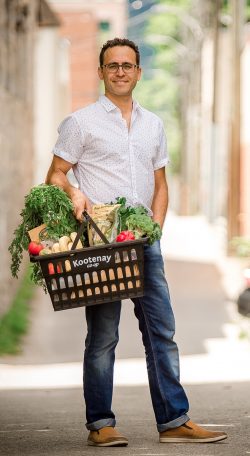 Jon Steinman also grew up in Ontario, made his way to British Columbia, and became involved in food co-ops here. A generation younger than Jan DeGrass, he studied hotel and food administration at University of Guelph in the late 1990s. After working in France, he returned and wrote a food column for a Niagara-area alternative newspaper. Steinman moved west to Nelson in 2004 and began volunteering at Kootenay Co-op Radio. He conceived, produced, and hosted a weekly radio program and podcast about food systems, Deconstructing Dinner. Sponsors included the Kootenay Co-op and New Society Publishers. Deconstructing Dinner later became a television and web series, as well as spinning off an annual documentary film festival.

Steinman was elected to the board of the Kootenay Co-op, serving for a decade. During his tenure the organization developed Nelson Commons, a commercial-residential complex anchored by a new food co-op store.

In a recent telephone interview, he mused, “I want people to get excited about their grocery store. Why not an experience that feels enriching?”

Grocery Story, his first book, is a tour of grocery retailing and food co-ops across North America. Steinman traces the history of supermarket chains and their mergers, resulting in a few corporations controlling much of grocery retailing. He believes they add little value but exert control over production and prices, controlling prime shelf space and squeezing suppliers without consistently passing savings to consumers. 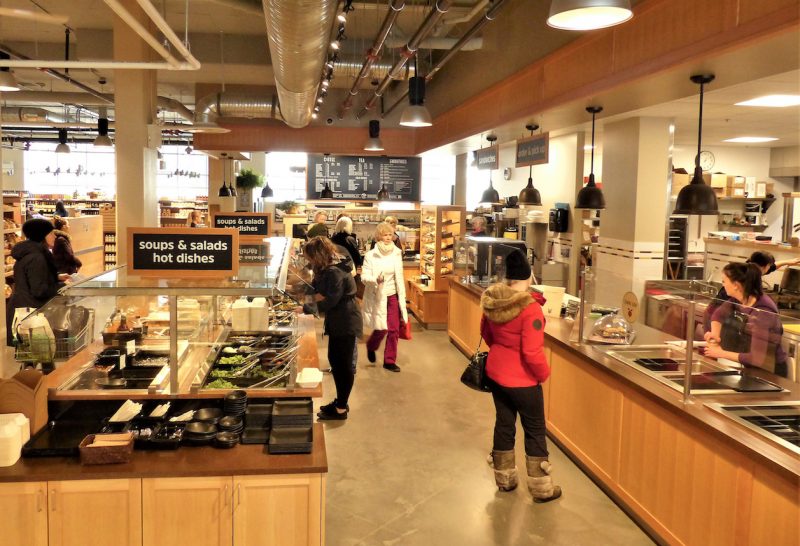 Inside the Kootenay Co-op, Nelson

Steinman outlines historical waves of co-op activity. DeGrass was part of the third wave, while Steinman is part of the fourth wave, which he considers a reaction to neoliberal capitalism and the global financial crisis. He points out the community benefits of food co-ops: they pay fair wages, try to educate members about food systems, and support other local businesses. Co-op managers are directly accessible to members. Steinman sees particular value in establishing co-ops at “food deserts” — low-income districts that mainstream grocers won’t service. Food co-ops tend to keep grocery dollars circulating within their communities.

Steinman provides this list of Food Co-ops in British Columbia: 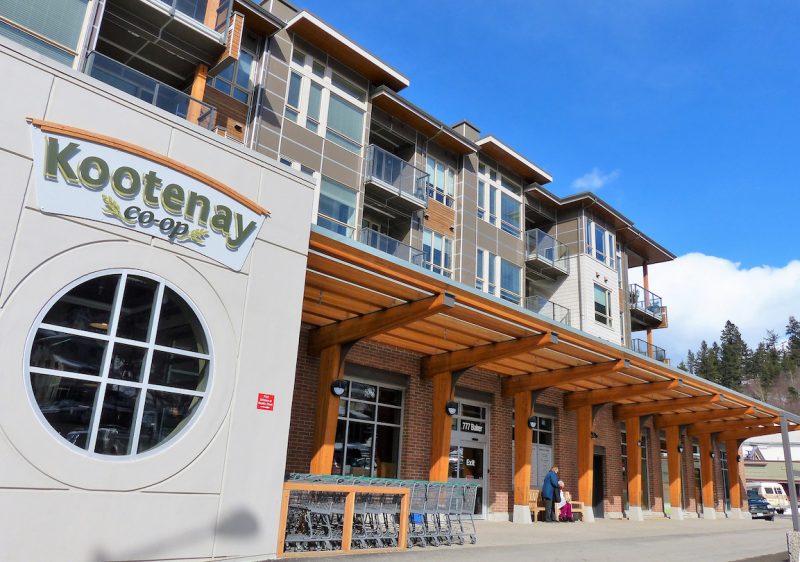 In pursuing his research, Steinman found that not all food co-ops thrive, and some have been forced to close their doors. Like other businesses, they need to engage their stakeholders and change with the times, for example in meeting current consumer demand for delivery services and ready-to-eat foods. Steinman stated, “This is a critical juncture for food co-ops to redefine themselves and communicate their difference.” He estimates a hundred food co-ops are starting up in North America.

Steinman’s book tour for Grocery Story will take him to many food co-ops around the continent. On his publisher’s blog, he calls the tour, “Rallying and celebrating the power of people to own their grocery store.” 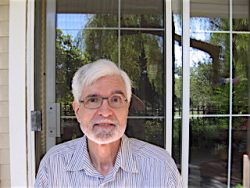 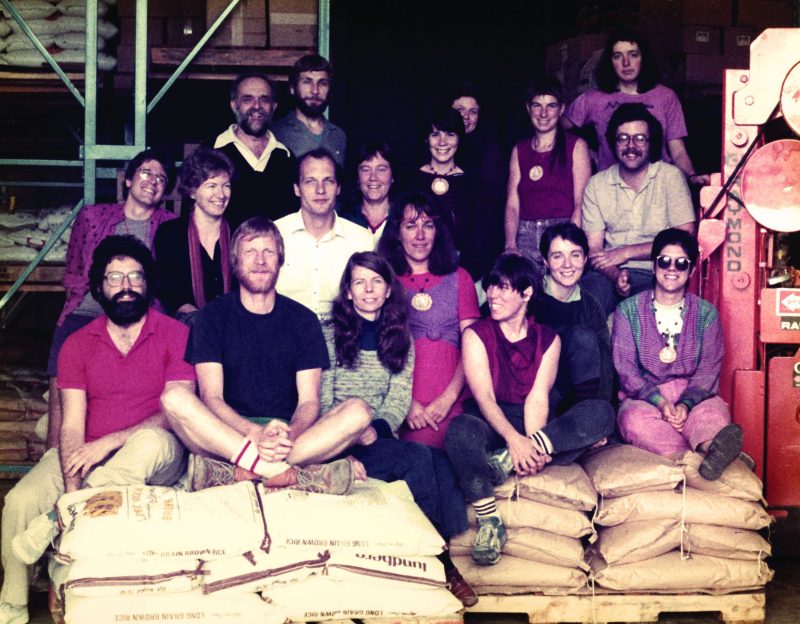 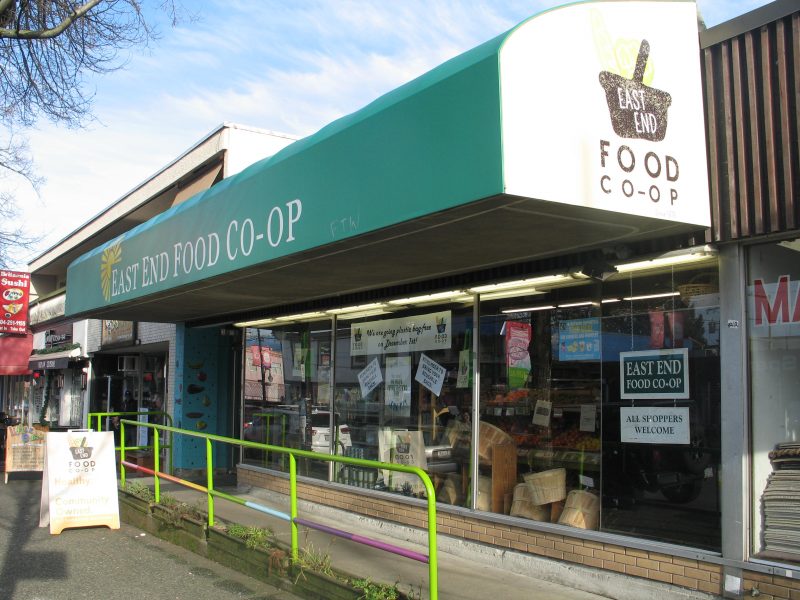 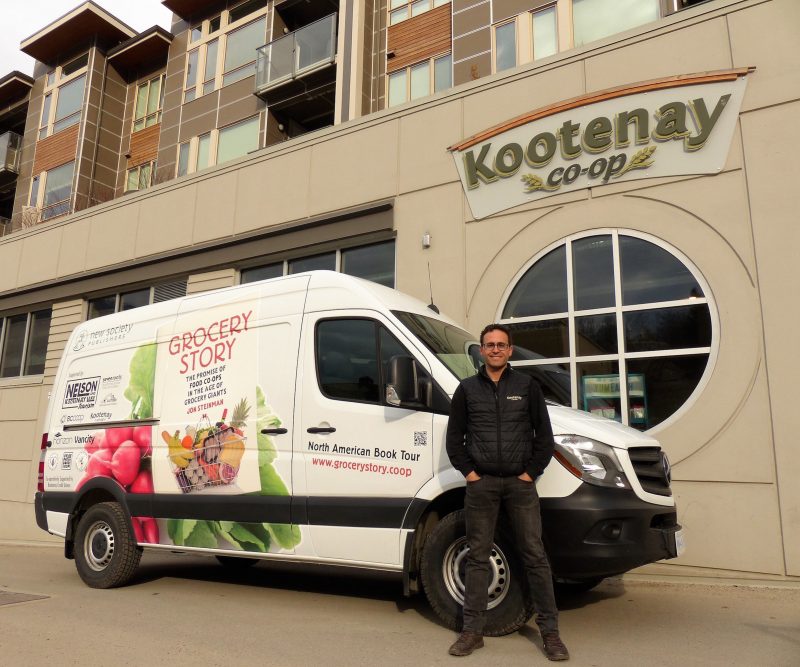