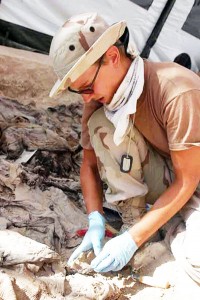 For her third title, forensic anthropologist Diane Komar turned her historical sights to the West Coast for The Bastard of Fort Stikine: The Hudson’s Bay Company and the Murder of John McLoughlin, Jr. (Goose Lane $19.95), an investigation into the shooting death of Hudson’s Bay Company employee John McLoughlin Jr. just after midnight on April 21, 1842. As the chief trader at remote Fort Stikine, on the Stikine River in present-day northern B.C., McLoughlin Jr. was known for his violent rampages. The HBC’s governor George Simpson was forced to accept the fort’s employees’ version of events–that their commander was drunken and abusive, and the killing had occurred in self-defence–partly because HBC couldn’t exercise legal jurisdiction in a fort that lay within the boundaries of the Russian empire. Simpson’s inability to undertake a full-scale legal inquiry was complicated by the fact that McLoughlin was the illegitimate son of the venerable John McLoughlin who had managed HBC’s affairs in the Columbia district for decades. The Bastard of Fort Stikine won the Jeanne Clarke Memorial Local History Award and has won the 2016 Canadian Authors Award for Canadian History. Also shortlisted in the Canadian History category were Stephen R. Bown for White Eskimo: Knud Rasmussen’s Fearless Journey into the Heart of the Arctic (Douglas and McIntyre) and Christopher Moore for Three Weeks in Quebec City (AllenLane Canada).9780864927217 [photo: Komar in Iraq]