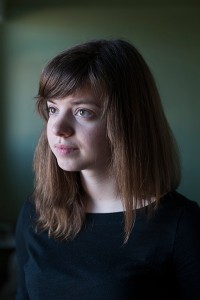 Kayla Czaga has won the Canadian Writer Award for writers under 30 for her debut poetry collection, order For Your Safety Please Hold On (Nightwood Editions, $18.95), published in 2014. It was also shortlisted for the Dorothy Livesay Poetry Prize in 2015 and the Late Night Library 2015 Debut-litzer Prize in Poetry. In this debut collection, permeated by Czaga’s quick-witted, playful language, she moves from family to girlhood to adulthood in a collection of funny and sad family portraits. Born in Alberta, Kayla Czaga grew up in Kitimat before moving to Victoria to complete her undergraduate degree in writing at the University of Victoria. She later became a MFA graduate in Creative Writing from UBC. Her poetry, nonfiction and fiction have been published in The Walrus, Event, the Antigonish Review and other jounals. 978-0-88971-303-1