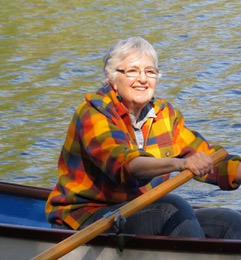 Insinuendo: Murder in the Museum (Bayeux Arts 2012), the first in a projected series, was a story of intrigue in the world of art and artifacts, told with humour, and set in UBC’s Museum of Anthropology.

Now, in her forthcoming second novel, Fate Accompli: Murder in Quebec City (Bayeux Arts $19.95) — in which Berry Cates is conserving the finds on an archaeological dig — Miriam Clavir was inspired by the people, history, streets and neighborhoods of Quebec City where Clavir had lived prior to moving to Vancouver in 1980. Wanting to capture the look of the buildings, the atmosphere in the cafés and the Québécois character of the city, Clavir found her story, written as a murder mystery, from the inscription on the Golden Dog stone carving in the Old City: “I will bite him who has bitten me.” 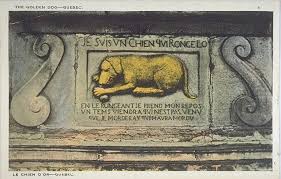 “In Fate Accompli I wanted to write about the kind of people a reader might easily know or meet,” she says, “because that’s what intrigues me– as distinct from a lone psychopath, for example.  The killer and a murder have to fit into what would otherwise be normal life. I also wrote Fate Accompli to try and paint a could-be story that resonates with a particular real place. Quebec City itself could be said to be built on stories, its history interpreted by whichever party is doing the telling. And these stories are about a range from joie de vivre to conquest and death.”

Miriam Clavir and her husband, the poet John Donlan, divide their time between Vancouver and rural Ontario.