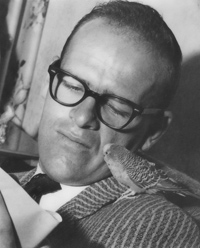 Taylor began his newspaper career in 1954 as a part-time sports reporter at the Daily Colonist in Victoria and later wrote for the Vancouver Sun, the Vancouver Province and the Calgary Sun. He became a nationally syndicated sports columnist, author, and broadcaster broadly appreciated for his humour. As Taylor wrote, “When sport makes instant millionaires out of kids who can hit a ball or a puck with a stick or stuff a leather balloon through a fishnet, what’s not to laugh?”

His 1987 chronicle of Rick Hansen’s wheelchair journey, Man In Motion, reputedly had a record first printing for a B.C. book. In addition to Taylor’s books on Wayne Gretzky, entitled Gretzky: The Authorized Pictorial Biography with Wayne Gretzky, and B.C. Lions’ Jim Young, entitled Dirty Thirty, Taylor is credited with the re-write of a Soviet journalist’s biography of Igor Larionov. In 2004, he compiled The Best of Jim Coleman: Fifty Years of Canadian Sport from the Man Who Saw it All. A member of the B.C. Sports Hall of Fame and the Canadian Football League Hall of Fame, Taylor was awarded a lifetime achievement award by Sports Media Canada in 2000.

He began his writing career as a part-time high school sports reporter, drank beer from the Stanley Cup, saw Paul Henderson score “The Goal” in 1972, predicted rookie placekicker Lui Passaglia wouldn’t last with the BC Lions more than one season and wrote more than 8,000 newspaper columns. He recalls his half-century as a sports writer in Hello, Sweetheart? Gimme Rewrite! 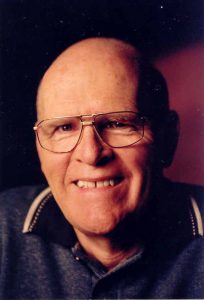 Jim Taylor received the 2010 Bruce Hutchison Lifetime Achievement Award for B.C. journalism at the 24th annual Jack Webster Awards dinner on November 1st at the Hyatt Regency Hotel in Vancouver. Coincidentally, Taylor’s acknowledgement by the Jack Webster Foundation came in the same month as the publication of his latest book, fittingly entitled And to Think I Got in Free! Highlights from Fifty Years on the Sports Beat. This fascinating collection reveals why Taylor was awarded this lifetime achievement award for journalism as it boasts an impressive collection of his most entertaining and remarkable stories from his career following sporting events and personalities over five decades. Name any memorable event, from the 1972 Canada-Russia hockey series to Rick Hansen’s Man in Motion tour, or any famous name from Wayne Gretzky to Muhammad Ali, Jim Taylor was there giving his insightful and witty take on the subject. And to Think I Got in Free! was published in September, 2010.

Even though Cam Tait was unable to speak, sit up or move his arms or legs at birth, in Cam Tait: Disabled? Hell No! I’m a Sit-Down Comic (Harbour, 2015), co-written by Cam Tait and Jim Taylor, we read that journalist Cam Tait overcame cerebral palsy to parasail, play golf and hang out with the likes of Wayne Gretzky. He also cruised alongside Rick Hansen for his Man in Motion tour and helped Hansen’s grandson take his first steps. Tait benefited from a radical new type of physical therapy that required not only his unwavering commitment by Tait, but that of his parents and his 116-person strong group of volunteers. Eventually, Tait learned to speak, move his hands and maneuver a wheelchair, eventually becoming a writer with a newspaperman’s inveterate sense of timing. According to publicity materials, “Tait moves seamlessly from one-liners and tales of debauched hijinks to candid accounts of his depression, career struggles and loss of loved ones.”

Jim Taylor produced some 7,500 sports columns, three times as many radio shows and fifteen books. During his retirement he mainly lived at Shawnigan Lake, BC. He is the only sportswriter to be included in Alan Twigg’s overview of B.C. literature, The Essentials.

Review of the author’s work by BC Studies:
Bob Lenarduzzi: A Canadian Soccer Story