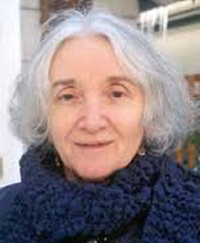 Sculptor and writer Carole Itter has been selected as the 13th recipient of the $30,000 Audain Prize for Lifetime Achievement in the Visual Arts, as selected by an independent jury.  The award will be presented at The Great Hall, Law Courts Building, 800 Smithe Street, Vancouver, B.C. on April 19th at 7 pm.

As a sculptor, Itter worked as an instructor on a part-time basis at Emily Carr Institute of Art and Design in Vancouver for almost two decades, but much of her career has been conducted outside the mainstream. “The Blue Cabin” has been preserved by the Grunt Gallery, Polygon Homes and many other volunteers.

Before Carole Itter and her long-time partner, Al Neil came reside in their home in the Strathcona neighborhood of Vancouver, they shared “the Blue Cabin,” a squatter’s shack that doubled as their studio, on the foreshore of Cates Park in Dollarton, North Vancouver, for approximately fifty years. After successful interventions in 2015 led by Glenn Alteen at Grunt Gallery, Esther Rausenberg, Barbara Cole, Polygon Homes (Michael Audain), Port Metro and many volunteers, the cabin has been preserved in storage for heritage purposes. The ‘mudflats’ of Dollarton are renowned for having once served as a refuge for an enclave of bohemian artists that also included Malcolm Lowry, Dorothy Livesay and Earle Birney. 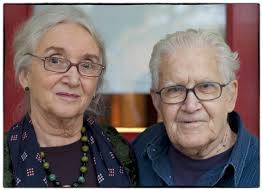 In 1979 Itter co-edited (with Daphne Marlatt) a volume in the Sound Heritage series about her Strathcona neighborhood, and she more recently published and edited a posthumous collection of journal writings by her daughter Lara Gilbert, I Might Be Nothing: Journal Writing, that documents her gifted daughter’s descent into drug abuse, episodes of prostitution in Skid Row, allegations of sexual abuse perpetrated by Lara’s father, the poet and editor Gerry Gilbert, and Lara’s eventual suicide in 1996.

Itter’s own writings have been included in Room of One’s Own, Brick, A Literary Journal, Cradle and All, (Faber & Faber), Women and Words (Harbour), Periodics, Arsenal Pulp Press, Coachhouse Press, and more. Her exhibits in the visual arts include The Pink Room: A Visual Requiem at the grunt Gallery, Vancouver (l999) and at Open Space, Victoria (2001); The Float at the Or Gallery, Vancouver, l995; Where Streets Are Paved With Gold at the Vancouver Art Gallery, l991 and at the Museum of Civilization in Quebec City, 2005. Born in Vancouver in 1939, Itter has previously received awards from the Canada Council of the Arts and the B.C. Arts Council for visual art and writing and for the film, Metallic, produced in 2002. In l989, she received the VIVA (Vancouver Institute of Visual Arts) award. Editor of: I Might Be Nothing by Lara Gilbert, 2004 (Trafford)