In Rhino We Trust 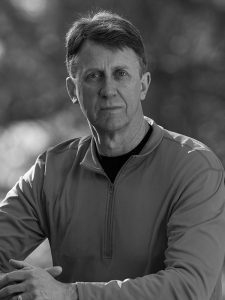 Dave Butler of Cranbrook is a pathfinder in the new field of eco-fiction. Born in Penticton, he is a retired professional forester, professional biologist and photographer who has also had experience as an auxiliary RCMP officer. His mystery series features Jenny Willson, a hard-edged, caustic-witted national park warden and conservationist who is trying to succeed in a largely male-dominated. politically-charged environment. 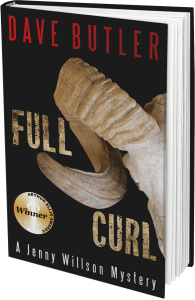 Dave Butler’s first novel, Full Curl, a Jenny Willson Mystery (Dundurn 2017), was short-listed for the Rakuten Kobo Emerging Writers award (mystery) and won the Arthur Ellis award for Best First Crime Novel in Canada in 2018. In Full Curl, Park Warden Jenny Willson discovers trophy animals missing from Canada’s national parks and initiates an investigation that leads her on a trail of deceit, distraction and murder. With the list of murder victims (both animals and human) growing, Willson’s pursues the villains across the Canada – U.S.

Dave Butler’s second novel featuring Jenny Willson, No Place for Wolverines (Dundurn 2018) is largely set in Golden, BC and Yoho National Park. A ski area is proposed for a remote valley, but all is not as it seems… The novel includes links to Red Deer, Howse Pass, pipelines, and shadowy political machinations.

Launched at Huckleberry Books in his hometown, In Rhino We Trust (Dundurn $14.95), in which Jenny Willson is seconded to work with a American colleague in Namibia, arose from the author’s visits to that country in 2012 and 2018. His park warden-turned-detective becomes involved in a case of rhino poaching, leading to connections to international crime syndicates which could lead to deadly consequences for would-be sleuths as well as wildlife.

Butler is the Director of Sustainability for Canadian Mountain Holidays, a Fellow of the Royal Canadian Geographical Society and a winner of the Queen Elizabeth II Diamond Jubilee Medal in 2012. His grandmother was a prolific writer in BC newspapers from the 1940s to the 1970s, his father published a book of stories about Barnston Island in the Fraser River, and his brother Bruce published Letters to a Driving Nation.