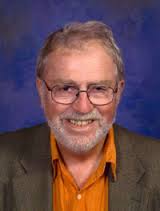 Former CKNW talk show host and Socred MLA Rafe Mair stopped contributing to the online publication The Tyee after a ten-year stint and has switched to the on-line Vancouver Observer instead. His forthcoming I Remember Horse Buns (Promontory price TBA) due this fall, will be mostly about growing up in and around Vancouver, “the best place in the world.” It describes his youthful adventures around Howe Sound and Indian Arm, as well as Stanley Park and other coastal environs. “I deal a lot with what it was like to be a kid back during World War II,” he wrote on his blog, “the standards we were expected to meet and what happened to us when we didn’t meet them. The comic books we read, the slogans we heard, the radio shows, are all part of it. I also talk about some of the things that occurred on the national and international scene when I was a kid such as the now conveniently forgotten [Igor] Gouzenko case in Ottawa which actually started the Cold War.”