How a serial killer wasn’t caught 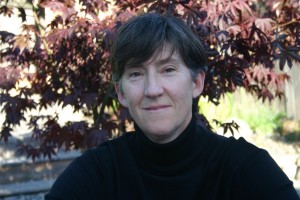 The Vancouver Public Library’s main branch will host a panel discussion on the tragedy of the Pickton murders and how he could have been apprehended much sooner. Lori Shenher, Senator Larry Campbell, Vancouver Observer editor-in-chief Sandy Garossino
and other community stakeholders will discuss the deeper causes of this tragedy and the myriad ways the
system broke down. Most importantly, they will shine a
light on how far we’ve come since we failed to stop a serial killer, and what we still need to do to protect vulnerable people in our communities.

The first detective assigned to Vancouver’s Missing and Murdered Women Investigation in 1998, Lori Shenher, was a former newspaper reporter with an English Lit degree. Now she has written a tell-all memoir about the Picton debacle in which she lets us know the police were tipped off about Pickton three years before he was finally arrested. Picton was interviewed by police in 2002. Shenher’s experiences with VPD resulted in PTSD and her own deep distrust of the police and the criminal justice system. Her book alleges rampant sexism, racism and the mishandling of the largest serial killer investigation in Canadian history. The title is That Lonely Section of Hell: The Botched Investigation of a Serial Killer Who Almost Got Away (Greystone $32.95) 978-1-177164-093-0