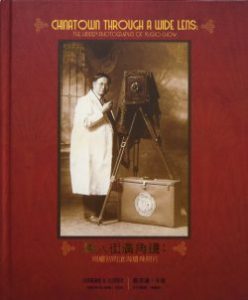 At a gala awards presentation held on June 5, Chinatown Through a Wide Lens: The Hidden Photographs of Yucho Chow (Chinese Canadian Historical Society $70) by Catherine Clement took the Lieutenant Governor’s Medal for Historical Writing, as presented by the British Columbia Historical Federation.

It is B.C.’s biggest award for historical writing and comes with a cash prize of $2,500.

The coffee table book displays 344 pages of long-hidden, community photographs taken at the Yucho Chow Studio. The private images showcase the different, marginalized communities that Yucho Chow chronicled in his lifetime, as well as the remarkable stories that accompany these photographs.

Chinatown Through a Wide Lens was also the people’s choice winner, as selected by the audience in real time during the awards gala. 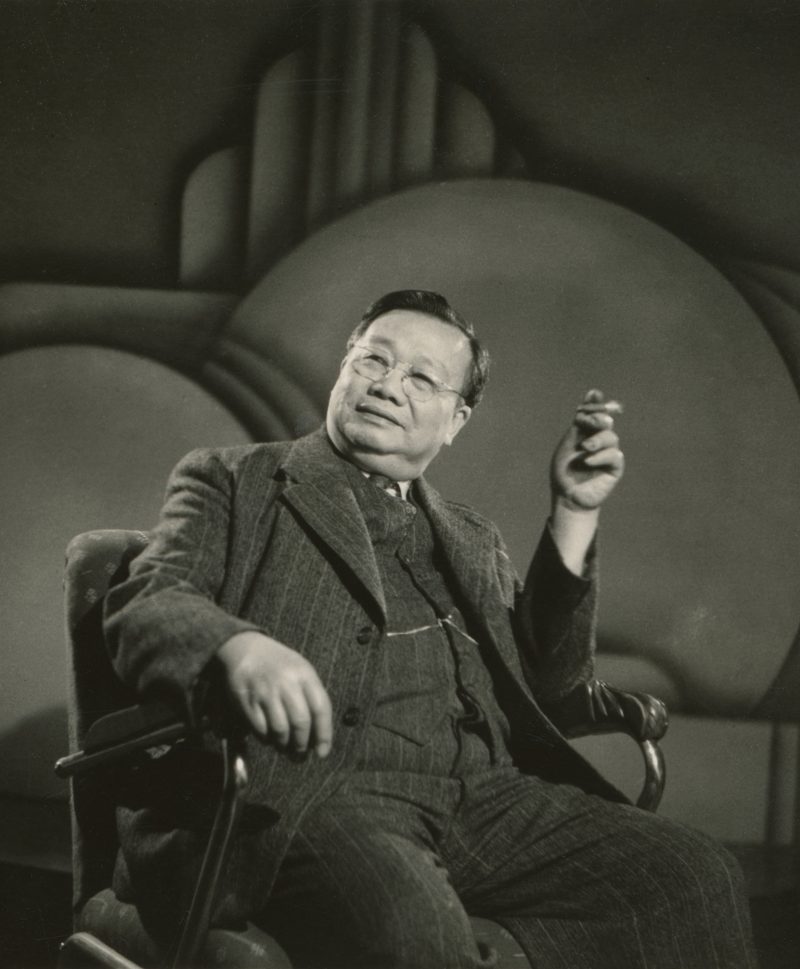 Photographer Yucho Chow in his studio in front of an art deco prop, circa 1945.

Catherine Clement spent ten years researching Yucho Chow, Vancouver’s first Chinese commercial photographer. During that period, Clement uncovered Chow’s historical images, one by one. She learned that Chow was not only the go-to photographer for many Chinese families in Vancouver in the first half of the 20th century, but he also took pictures of individuals or families who may not have been welcomed at other photography studios, including Sikh-Canadians. He photographed newly-arrived Europeans, Black Canadians, mixed-raced couples and families and Indigenous people. Mr. Chow’s lens chronicled thousands of faces of all skin colours, religious and cultural backgrounds.

Yucho Chow, who died in 1949, was taking photographs during a remarkable yet tumultuous time in Vancouver’s early history that included the draconian Chinese head tax, the Pacific Coast race riot, the First and the Second World Wars, the Great Depression and the Chinese Exclusion Act. 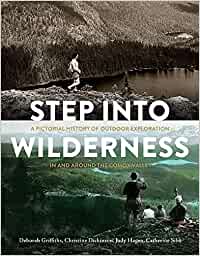 Second prize, worth $1,500, went to Step into Wilderness (Harbour Publishing $39.95), by Deborah Griffiths with Christine Dickinson, Judy Hagen and Catherine Siba. This book features never-before-seen photos from the Courtenay and District Museum collection, showcasing the growing community’s varied interactions with the wilderness they inhabit, from early hiking and skiing expeditions to encounters with wildlife, afternoon tea in the wilderness, beach races and early outdoor activity clubs. These unique and arresting photos are complemented by accounts of individuals surviving and thriving in the midst of natural beauty and great devastation, including survivors of the great fire of 1922 and pioneer skiers on Forbidden Plateau during the Great Depression. 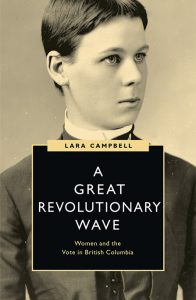 Third prize, worth $500 went to Lara Campbell for A Great Revolutionary Wave: Women and the Vote in British Columbia (UBC Press $27.95), which rethinks the complex legacy of suffrage by considering both the successes and limitations of women’s historical fight for political equality. That historical legacy remains relevant today as Canadians continue to grapple with the meaning of justice, inclusion, and equality. 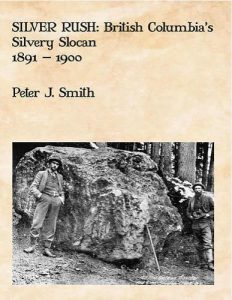 The Community History Book Award, worth $500, went to Peter Smith for Silver Rush: British Columbia’s Silvery Slocan 1891 – 1900 (self-published). In the 1890s, mining camps like Sandon, Three Forks, Whitewater and their neighbours New Denver, Silverton, Slocan City, Kaslo and Nakusp, thrived. Once the most productive mining region in British Columbia, prospectors and miners came from Idaho, Montana and other mining centres to reap the silver harvest. Capitalists flooded in from Spokane, Seattle, Vancouver, and investment centres across North America and the world. Plummeting silver prices, labour troubles and the Klondike gold rush eventually put an end to the silver rush but the legacy of that rush endures to this day.

The award recipients were chosen by a three-member panel of judges from nominees published in 2020.

The BC Historical Federation’s Historical Writing Competition recognizes the authors whose books have made the most significant contributions to the historical literature of British Columbia.

The top prize is the Lieutenant Governor’s Medal for Historical Writing ($2,500).

Awards may also be presented to the runner up ($1,500), second runner up ($500) and/or honorable mentions (certificates).

Since 2014, the BCHF has also presented the Community History Award to a book that provides sought-after historical information about a specific community or locality within British Columbia. The award recognizes the importance of preserving local histories as well as broader provincial histories.