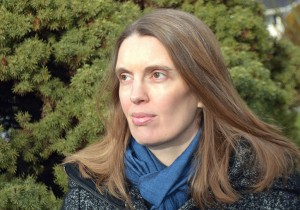 She’s launching her book on home turf in the Okanagan.

New Star Books reports that, “Hannah Calder‘s motley crew of Italian street urchins will taste the Okanagan sunshine next week when she visits Kelowna to read from Piranesi’s Figures, her new novel that features 21st-century love triangles and 18th-century etched vagrants — and is now available as an ebook for your kindle or everything-else devices. Calder will be reading with Michael V. Smith, author of My Body is Yours, as part of the UBC Okanagan Visiting Author Series. The reading is on July 14 at 6:30 pm at the Kelowna branch of the Okanagan Regional Library. All the details are here.

Meanwhile, here’s the first review of the book:

Life being what it is, one dreams not of revenge. One just dreams.” – Miriam Toews

Her Piranesi’s Figures (New Star, $21) is another experimental novel that strays from a conventional narrative approach.

In Calder’s surrealist world of fiction there is no reality that can be relied on, anything is viable—there’s always the opportunity to erase the words on the page and start the scene over. Three sets of dysfunctional couples—Hilda and Jorgen, Bill and Violet, and Florence and Stephen—reveal their day to day struggles in marriage and love. No one appears content in their current romantic arrangement. This leads to frequent affairs, unplanned pregnancies, abortions and miscarriages.

As Calder twists our traditional concepts of sexual practices and family dynamics, Piranesi’s Figures also explores the dissatisfaction of unfulfilling employment. Hilda would rather be an artist than a nurse but she lacks the talent for it.

There are a handful of guidelines that keep the characters in check, and allow for a loosely maintained structure with the use of an all-knowing History Book that fact checks for the reality that is being written for these characters.

Meanwhile Piranesi’s Figures bends time and jumps from one novel to the next, changing the narrative by a simple plane trip as the characters vacation in another story for a change of pace, yet they always return to their origin story, susceptible to their pre-planned fates.

If that sounds obtuse, well, that’s what happens when you invent characters who know they are characters, who have their own ideas and desires and don’t feel like sticking to the script. Despite their reluctance to obey the author, they are bound to act out their destinies and the whims of their creator.

The only thing these characters can hope for is that when the novel ends they could be reborn, rewritten, or borrowed and put into another tale that better suits their needs. Until then you can see them waltzing through centuries, returning to ancient Rome and then back again to the 1940s in Germany and England.

Piranesi’s Figures is another bold endeavour. Hannah Calder has explored the limitations of the modern family, and the painful longing for one when you have none. Like marriage, it’s not for the faint of heart.