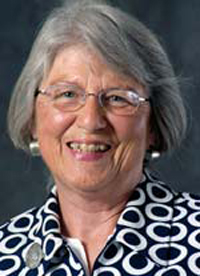 Myrtle Siebert’s From Fjord to Floathouse – subtitled one family’s journey from the farmlands of Norway to the Coast of British Columbia–was was first published in 2002 with Trafford. Then in 2012 it was withdrawn from that site, redesigned with an additional chapter, and self-published as a ten-year anniversary edition. The story recounts the experiences of Siebert’s Norwegian grandparents. After he lost the flip of a coin to go to the Klondike, Andy Forberg remained on the coast carving his livelihood in hand-logging. Ten years later he returned for a wife, Gunhild Gunnulfsen, and the pair were married in 1909. The Forbergs, with their three children established, a floathouse home, moving as more timber became available along the coast near Port Neville and other remote inlets.

In 2015, Siebert released a follow-up memoir, Beyond the Floathouse, Gunhild’s Granddaughter. It outlines her own early floathouse life in remote Port Neville, sustained by the Union Steamships for mail, including correspondence lessons and all supplies. It describes her experiences in a one-room school at Rock Bay and later the loneliness of boarding to attend high school in Campbell River.  To accompany her memoir, Siebert also prepared a small volume with photos, They All Came from Away (2016), to trace the story of ancestors of the Siebert children, and the circumstances that brought their grandparents to Canada. Copies can be obtained by request from the author.

Myrtle Rae Forberg Siebert is a former teacher who participated in the Ministry of Education’s Textbook Selection Committee and created a text for that ministry called Management and Foods. This led to publication of Food for Life (McGraw-Hill Ryerson, 1994) for students at grade nine and ten level. A former Registered Professional Home Economist, she was also the owner-operator of a fast food outlet in Nanimo.

Siebert lives with her husband near Sidney on Vancouver Island.

Beyond the Floathouse, People and Places