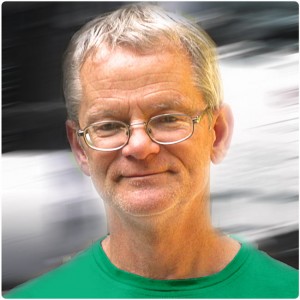 Three Finalists Announced for the 3rd Great BC Novel Contest

Established B.C. authors have tended to take a back seat to newcomers during the first two competitions for the Great BC Novel Contest administered by Mother Tongue Publishing. The first two contests were won by debut novelists. Everything Was Good-bye by Gurjinder Basran won the 1st Great BC Novel contest as well as the Ethel Wilson Fiction Prize. Lucky by Kathryn Para won the 2nd contest and was a finalist for the Ethel Wilson Fiction Prize in 2014.

Pearl Luke, the final judge, will choose the winner in the New Year. The first prize is a publishing contract with Mother Tongue Publishing, $1,000 advance, regional book launches and readings, media coverage and publication of their novel in a trade paper edition. PEARL LUKE’s novel Burning Ground won the 2001 Commonwealth Prize for Best First Novel (Canada/Caribbean region) and was short-listed for the Chapters/Robertson Davies First Novel Prize, Georges Bugnet Award for Fiction and Canadian Booksellers’ Libris Award. She was one of 10 international writers-in-residence for the City of Taipei in 2000. Madame Zee was long-listed for the 2007 International IMPAC Dublin Literary Award. Luke works as a freelance editor and private writing mentor. BILL GASTON’S latest novel The World, won the 2013 Ethel Wilson Fiction Prize. His fiction has been nominated for the Giller Prize and the Governor General’s Award, and has won the ReLit Award, the City of Victoria Butler Book Prize and the CBC Canadian Literary Award. His most recent short-story collection, Juliet Was a Surprise, was nominated for the 2014 Governor General’s Award. Gaston was the inaugural recipient of the Timothy Findley Award, conferred by the Writers’ Trust of Canada. He lives in Victoria and teaches at the University of Victoria.

KATHRYN PARA is an award-winning, multi-genre writer with an MFA in Creative Writing from UBC. Her debut novel Lucky won Mother Tongue Publishing’s 2nd Great BC Novel Contest. Lucky was a finalist for the Ethel Wilson Fiction Prize in 2014. Para’s fiction, non-fiction and poetry have been published in Grain, Room of One’s Own, Geist, Sunstream and Vancouver Review. Her stage play Honey debuted in 2004. She has also written, directed and produced short films. She lives in Gibsons, BC.