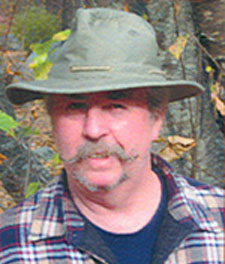 John Grain has self-published a memoir, Mod ‘n Lavender: Salt Spring Island in the ’60s ($18.95). Previously he was part of a consortium that operated the fishing resort at Glimpse Lake, near Merritt, from 1981 to 1987. With only two permanent residents nearby and the closest town fifty kilometres away, Glimpse Lake Lodge was located on a 160-acre parcel of land with 5,000 feet of waterfront. The Lodge could provide its guests with year-round access to streams pouring into pristine lakes. It had no difficulty living up to its 1940s’ slogan as a place “dedicated to the lovers of nature and the discriminating angler.” Grain’s story recalls the efforts of a collective consisting of seven families to make their enterprise viable. He and his wife, Kirsti, continued to revisit the site of their homestead that became Glimpse Lake Lodge, described in his first memoir, Flylines and Fishtales: The Story of Glimpse Lake Lodge (Caitlin Press, 2008). John Grain has been an avid sportsman since growing up on Salt Spring Island in the 1960s. He has been a public school teacher since 1976 and served as a Councillor on the BC College of Teachers. He was also a fishing guide and taught the CORE hunting program.