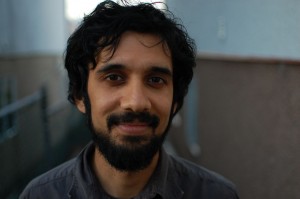 Raoul Fernandes spent his childhood in Dubai, U.A.E. before moving to British Columbia in 1993. His poems have been previously published in PRISM International, The Malahat Review, subTerrain, CV2, Poetry Is Dead, among others. In 2010 he was a finalist for the Bronwen Wallace Award for Emerging Writers, and a runner-up for subTerrain‘s 2013 Lush Triumphant Award. He is an editor for the online poetry journal The Maynard. His first collection of poems is Transmitter and Receiver (Nightwood, 2015).