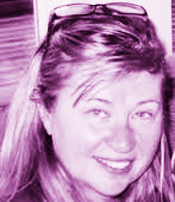 According to the Canadian Animal Health Institute (CAHI), 34% of Canadian households owned a dog in 2014. That means about ten million dog owners are the target market for Canine Lit… As a member of the Royal City Literary Arts Society and the Port Moody Writers’ Group, Claire Lawrence of Port Moody is a self-described nurse, entrepreneur and slayer of bucket lists who owns “a beastie little dog” named Guinness. That could have something to do with the inclusion of her story God’s Dog Day in a collection of stories about canine companions who are ‘working dogs.’ Her story will appear in Last Call & Other Short Stories (Ouen Press, 2015), an anthology that will feature fictitious canines portrayed in different roles – companion, hero, fighter, helper – from Swiss mountain ranges to small-town Canada. Ouen Press is a small publisher on the English south coast. In God’s Dog Day, a dog named Mr. President develops miraculous powers to soothe headaches and broken limbs. Trouble is, his young owner’s father is a violent alcoholic. God’s Dog Day depicts both the resilience and fragility of a child’s playful spirit. In the same year, Claire Lawrence’s entry to the Sampad South Asian Arts International writing competition will also be published in a book entitled Inspired by Gandhi. [as of January 2015]