Getting the goods on Godwin 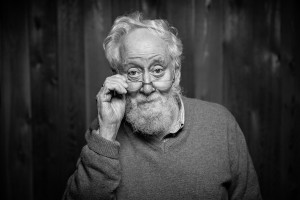 Most research on B.C. authors is done outside of our universities by the likes of Fred Braches.

Fred Braches has produced a monograph that includes revelations from Geroge Godwin’s correspondence.

That leaves the door wide open for dedicated sleuths such as Fred Braches of Whonnock who has written and published an important study of little-known Fraser Valley novelist George Godwin.

Gone but not forgotten freelancer Charles Lillard of Victoria contributed ten times more to the study of B.C. literary history than most B.C. English professors combined. A rare exception has been the biographer David Stouck who has undertaken biographies of Ethel Wilson and Sinclair Ross (who died here). But nearly all B.C. English professors continue to specialize in non-B.C. writers—leaving the grunt work to non-academics such as Dutch-born Fred Braches (b. 1930). George and Dorothy Godwin homesteaded in the Fraser Valley from 1912 to 1916.

Braches and his wife Helmi immigrated to Vancouver in 1974 and have lived for decades on acreage in the community of Whonnock, in Maple Ridge, B.C.

After he retired from a career in ocean transportation, Braches became increasingly interested in the obscure early history of the eastern part of Maple Ridge.

Not a mere amateur enthusiast, Braches served as editor and prime producer of BC Historical News for several years before the B.C. Historical Federation changed the magazine’s name to British Columbia History. Later he won their Best Article Award for 2009 and their Website Award in 2008 for his Slumach website.

Braches has since remained active by writing, editing and producing a series on the history of Whonnock and Ruskin (Maple Ridge) called Whonnock Notes, freely available on the internet but also produced in a magazine format for $5 plus $5 for shipping and handling. Now he has gathered his George Godwin research into a single Spring issue entirely devoted to Godwin.

After a foreword by Godwin’s granddaughter, Lucy Godwin, Fred Braches clearly states in his preface that his extensively illustrated booklet “does not pretend to be a biography of George Godwin.”

He is also careful to credit the essential spadework of Godwin’s great-nephew Robert S. Thomson who has edited and reissued both of Godwin’s B.C.-related novels.

“Since Dr. Thomson’s biographical work was mainly done in the 1990s, updates and revisions are necessary to correct erroneous views that have no basis in fact.”

In his new publication Braches has added significant new knowledge to the biography of Godwin. He has also collected new photos and is quoting from the following sources:

(2) Letters to J. S. (Ted) Roberts (May 1964 and April 1965) — This correspondence between Roberts and Godwin started with their shared interested in the life and work of Captain George Vancouver. The original letters are now the property of Lucy Godwin who gave permission to publish part of their content in Whonnock Notes.

(3) Godwin’s “Private Journal. Quotations were transcribed from a photocopy of the original manuscript with the consent of Lucy Godwin.

George S. Godwin was born in London, England, the youngest boy of a large family and was only three years old when his father died. He was educated at boarding schools. Failing his studies at college, he spent a couple of years in Germany.

After returning to England, Godwin reportedly worked briefly for a German bank in England. In the spring of 1909 he was admitted to membership of the Middle Temple and started studying law. His mother died in 1910.

In September 1911 Godwin, then age 22, left for British Columbia, Canada where one of his brothers managed a real-estate agency. George Godwin was employed as “real estate broker” with the agency, but that ended with the arrival of his future wife, Dorothy Alicia Purdon, from Ireland. They married in the spring of 1912 and moved to acreage in Whonnock BC.

Godwin’s dreams of living off the land did not materialize. George Godwin first novel, The Eternal Forest (1929) was inspired by his years in Whonnock.

At the outbreak of the First World War, Godwin wanted to join the Canadian armed forces, but was rejected for active service because of poor eyesight. He returned with his wife and son to England in 1915, where he joined the Canadian Expeditionary Force after all and embarked for France in September 1916 with the 29th Vancouver Battalion.

In the summer of 1917, after suffering a “severe cold” in France the previous winter, Godwin was hospitalized in England. He did not return to France but was assigned to a different Canadian unit in Britain. In December 1918, diagnosed with pulmonary tuberculosis, he was shipped to Canada and placed in the Balfour Military Sanatorium in the West Kootenay, BC, for recovery. Godwin returned to England and his family in the summer of 1920.

Godwin’s second novel, Why Stay We Here? (1932), closely follows Godwin’s own war years. This book starts and ends at the same community described in The Eternal Forest, but the characters from that novel that go to war in Why Stay We Here?, don’t share overseas experiences with the protagonist.

Although Godwin was called to the bar in the fall of 1917 (in absentia), he did not pursue a career in law. During his stay in British Columbia he had freelanced for Vancouver, BC, newspapers and upon his return to England writing became his profession. He made a good income mostly as freelance for newspapers, magazines and publicity people. That allowed the family some luxury and his five children the education they desired.

Aside from freelancing, his main source of income, Godwin wrote a good number of fiction and non-fiction books and a play. His efforts in publishing, started in the mid 1930s under the style The Acorn Press, ended because of the paper shortage of the war years.

Godwin tried to enlist with the army, was rejected, but found employment writing for the War Office.

After the Second World War Godwin resumed his work as a writer and freelancer. He became the editor of the literary quarterly The Adelphi for a year.

Godwin and his wife spent their final years in Sussex on property they bought in 1956 and named it “Oaklands.” It included seven acres of woodland as well as an established orchard. His last book was published in 1957. He continued writing and had plans for another book, but that did not materialize. Some 30 Fraser Valley readers gathered at the Ruskin Hall on February 25, 2014 to The Eternal Forest.

Fred Braches’s Whonnock Notes, No. 21 – Spring 2015 has an updated bibliography.

The Land our Larder: the story of the Surfleet experiment and its significance in war. London: Acorn

A Century of Trading, The story of the Firm of White, Child & Beney. Ed. George Godwin, London:

Hansons of Eastcheap: The Study of the House Samuel Hanson and Son Ltd., London, private

Geoff, self-printed, 1967. in memory of his son Geoffrey Stephen Godwin who died at sea.