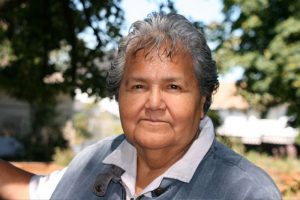 Gary Geddes tells it like it was: sterilization, starvation, botched operations, sexual abuse, medical experiments, absence of family and neglect.

Medicine Unbundled:
A Journey Through the Minefields of Indigenous Health Care

Harold Cardinal’s assessment of Canada’s Indigenous policy in 1969 as “a thinly disguised programme of extermination” in The Unjust Society is born out almost fifty years later in Gary Geddes’ non-fiction work of research and listening, Medicine Unbundled. This book is not so much about medicine, though, as it is about relationships, about conversations and about listening. It begins with a conversation between Geddes and Joanie Morris, a Songhees elder and survivor of Kuper Island Residential School and the niece of Sandy and Ivan Morris. Her mother, Mary Theresa Morris, spent seventeen years in the Nanaimo Indian hospital and her photo is featured on the cover of Medicine Unbundled.