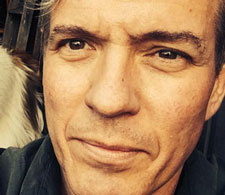 An academic with a conscience that compels him to contribute to the poorest neighbourhoods, Peter Babiak worked as an adjunct professor at the University of British Columbia for ten years and later assumed the role academic director of humanities 101 from 2002 to 2006, a pioneering outreach program that brought classes in the liberal arts and social sciences to Vancouver’s Downtown Eastside. His first non-fiction book Garage Criticism (Anvil 2016) presents a new voice in cultural criticism and critical theory. Babiak attacks best-selling books, television shows and other popular cultural mores of current times by satirizing Hunger Games (“The Revolution Will Not Be Televised – But It Might Be Carnivalized ‘N’ Shit) and Twilight (Really Dumb Students). He casts a gimlet eye on student/professor relationships and inappropriate office visits, deconstructs our fascination with internet culture, and critiques the dogma of economics and marketing. Babiak does all this in aid of bringing attention back to the supremacy of linguistic thinking in evaluating everyday cultural affairs.  $20 978-1-77214-050-7