A Season of Non-Violence offers 64 suggestions to bring daily peace. 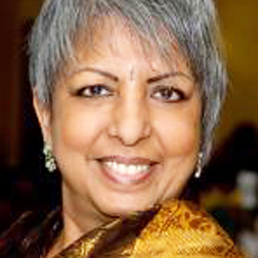 January 30th marks the anniversary of Mahatma Gandhi’s death. April 4th marks the anniversary of the assassination of Martin Luther King. These sixty-four days between the two anniversaries (Jan 31st-April 4th) are becoming globally recognized as a Season of Non-Violence. Pummy Kaur’s A Season of Non-Violence presents 64 contemplations & practices for bringing peace into our own lives during the 64 days of the Season of Non-Violence. With recommendations by Margaret Atwood, David Suzuki, Dalai Lama co-author Victor Chan and Dr. Gabor Maté, Kaur’s new book will be launched at Banyen Books, 3608 West Fourth Ave, Vancouver on February 4, 6:30-8 pm. Kaur’s previous title is What Would Gandhi Do?. She is the Director of the Global Education Center.

Pummy Kaur (first name is pronounced like “yummy” with a “P” and her surname rhymes with “core”) was born in India into a Sikh family in a Hindu state and was strongly influenced by the Muslim era. She completed elementary education in a Catholic convent in Agra. She has since lived in England, Canada, The Bahamas, Australia and the U.S.A. She is an educator, author, social justice activist, international speaker, dancer, and a single mother of three, and has dabbled in the worlds of art, T.V., radio, and politics.

Kaur lives on the West Coast, near her adult children, and serves as the Director of the Global Education Center. Her second book, A Season of Non-Violence, offers sixty-four suggestions to provide the means to bring peace into daily lives. A copy of this book was given to every MP by newly elected Green Party MP Elizabeth May, who wrote:

“On November 26, I was home in the riding and on Salt Spring Island. The primary purpose for my being on Salt Spring on that rainy Saturday was to be at an event sponsored by the Institute for Child Honouring, created by my dear friend and notable eco-troubadour, Raffi. Another friend, Pummy Kaur, heard I would be in the area and asked if I could manage to fit in her book launch. Easy as pie.

“So on November 26th at the lovely venue of Jill Louise Campbell’s fine art gallery in Ganges, a supportive crowd gathered for the launch of Pummy’s newest book, A Season of Non-Violence: 64 Ways for 64 Days. Pummy was born in India to a Sikh family in a Hindu state, influenced by Muslims and then sent to Catholic school. Quite the range of influences! Her first book, What Would Gandhi Do? Simple Solutions to Global Problems gave voice to the relationship between all the major global issues and our daily choices, with solutions based on Gandhian principals. In her new book, she chose the anniversary dates of the assassination of Mahatma Gandhi (January 30) to the anniversary of Martin Luther King’s (April 4) as book ends for what she describes as a “season of non-violence.” The book’s premise is that a world of non-violence is a great deal more than a world without wars, and offers 64 concrete spiritual and not quite spiritual practices to move toward a culture of non-violence. The book has inspirational quotes from everyone from Mother Theresa to Benjamin Franklin to the Sermon on the Mount. For “ways” she suggests everything from “recycling” to “NOT recycling” (a plea for reducing consumption), to “hug four people a day.”

“During the launch, I described how I tried to embrace non-violent communication in the House of Commons. I shared an example of how I dealt with what I had found to be extremely offensive remarks from government MPs in the (abbreviated) debate on the Omnibus Crime Bill. Every time an Opposition MP criticized the idea of mandatory minimum sentences (and the billions required to build new prisons to house the increasing numbers of our fellow citizens to face mandatory incarceration), the government MPs would accuse us of caring more about criminals than about victims of crime. To keep my pledge to myself, to always speak respectfully toward other MPs, I criticized what “government MPs have been forced by their talking points to say.” I did not sense that any of the government MPs took it personally when I described why I found such an accusation offensive.

“As we talked about the importance of taking the personally nasty out of politics, someone in the room said, “Wouldn’t it be great if every MP had a copy of A Season of Non-Violence?” I said I would love to give it to very MP for Christmas, and suddenly every one was chipping in and making pledges. Pummy’s publisher gave us a deep discount and the boxes of books began to pile up in my Parliament Hill office.

“So before the House rose for the holidays, every MP got a card wishing them “Peace in Parliament” and explaining that the enclosed book was a gift from my constituents in Saanich-Gulf Islands, as well as a third generation Conservative from Surrey who donated 60 books. Quite a few MPs (of all parties) came over to thank me, and I could genuinely say my own role in the gift had been pretty minimal.”