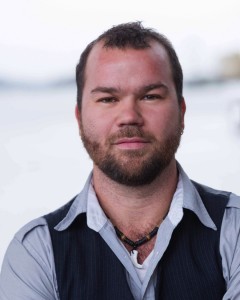 Chris Hergesheimer (beard) was hand-milling flour at Sechelt’s Farmer’s Market when he came up with a simple idea: build a bicycle-based mill. It would speed up the milling process and would give his arms and hands a well-deserved rest. His subsequent invention produced flour in a fraction of the time. His brother, Josh Hergesheimer, a journalist, shared his vision and enthusiasm. They imagined how their bicycle mill could benefit people half a world away. Shortlisted for the George Ryga Award for Social Awareness in 2016, their co-written book The Flour Peddler (Caitlin $24.95) recounts the brothers’ journey to Africa as they transport their pedal-powered milling technology from Roberts Creek, B.C., to a woman’s cooperative in the South Sudanese village of Panlang.

During their trek, there are challenges and obstacles, from the outbreak of war, to broken down vehicles to wild animals. The Flour Peddlar is more than just a travelogue; it offers insights into local food system trends and the benefits of alternative food movements.

When not peddling locally milled flour, Chris Hergesheimer is a research, policy and project management consultant specializing in issues around food and farming. He obtained a Master of Arts in sociology from SFU, and is a Ph.D candidate in UBC’s department of Land and Food Systems. Hergesheimer, who still lives in Roberts Creek, is also the director of research education and a co-teacher of research methodology at the Boucher Institute of Naturopathic Medicine. He has conducted research for a number of organizations, including the University of Northern British Columbia, the BC Association of Farmers’ Markets and FarmFolk CityFolk. ergesheimer is a writer and photographer whose work has appeared in the Vancouver Sun, the Georgia Straight, This Magazine, Al-Jazeera International, the Globe & Mail and the Vancouver Observer. He earned a Master of Arts at the University of Sussex, a Master of Science from the London School of Economics and studied journalism at Langara College. A proponent of multimedia, he likes incorporating photos, video, audio and text to tell stories and create conversations. Hergesheimer is a self-described world traveller and adventure motorcyclist who lives in Vancouver.