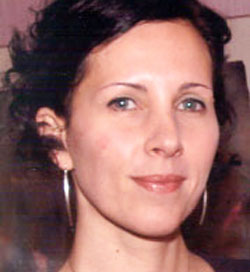 The American Indian Youth Literature Awards take place every two years to honour the best children’s literature by and about indigenous people.

Next Flett will teamed up again with Van Camp for a forthcoming board book, We Sang You Home (Orca $9.95).

Meanwhile she’s been perched at second place on the BC Bestsellers List with her newest release, My Heart Fills with Happiness (Orca Books $9.95), with text by Monique Gray Smith. Julie Flett illustration from My Heart Fills With Happiness

Walking barefoot on grass. A hand to hold. Bannock baking in the oven. Written to support the wellness of aboriginal families in particular, My Heart Fills With Happiness encourages young people to reflect on what brings happiness. Monique Gray Smith is a mixed-heritage woman of Cree, Lakota and Scottish ancestry and a proud mom of young twins. Having been sober and involved in her healing journey for more than twenty years, she published a fictionalized memoir, Tilly: a Story of Hope and Resilience (Sono Nis Press 2013), that won First Prize in the Burt Award for First Nations, Métis and Inuit Literature in 2014.

Flett’s success at the annual B.C. Book Prizes is unprecedented. Wild Berries/Pakwa che Menisu (Simply Read, 2013) was chosen as the First Nation Communities READ title selection for 2014-2015. From promotional materials: “Spend the day picking wild blueberries with Clarence and his grandmother. Meet ant, spider, and fox in a beautiful woodland landscape, the ancestral home of author and illustrator Julie Flett. This book is written in both English and Cree, in particular the n-dialect, also known as Swampy Cree from the Cumberland House area.” Julie Flett was born in Toronto but grew up in Calgary from age nine onwards. She studied fine arts at Concordia University in Montreal and Emily Carr University of Art + Design in Vancouver. She lived in Penticton prior to relocating to Vancouver.

Flett is the first-time recipient of the 2014 Aboriginal Literature Award, sponsored by the Periodical Marketers of Canada.

In 2014 she also provided the cover art for Kwe: Standing With Our Sisters, an anthology in response to violence against indigenous women, edited by Joseph Boyden.

A River of Stories: Tales and Poems from Across the Commonwealth, Volume 3 (Commonwealth Education Trust 2015)

3 Responses to “Flett not fleeting”