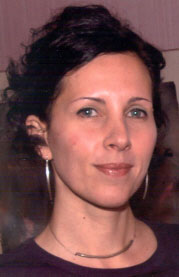 Along with poet and civil rights activist Roy Miki and his wife Slavia Miki as authors, First Nations illustrator Julie Flett appeared on the BC Bestsellers List in October after she contributed illustrations for a children’s book, Dolphin SOS (Tradewind 2014). Based on true events, Dolphin SOS recounts the story of three dolphins trapped in an ice-covered cove on the coast of Newfoundland. After the government fails to provide assistance, some young boys take matters into their own hands in order to save the distressed dolphins. The book has now received the Christie Harris Illustrated Children’s Literature Prize. A bit of a wunderkind when it comes to B.C. Book  Prizes, Julie Flett provided illustrations for Earl Einarson children’s story, The Moccasins (Theytus, 2004), which was nominated for a B.C. Book Prize in 2004, and she won the Christie Harris Illustrated Children’s Literature Prize in 2011 for her picture book, Owls See Clearly at Night: A Michif Alphabet (Lii Yiiboo Nayaapiwak lii Swer: L’alfabet di Michif) (Simply Read Books 2010). 9781896580760