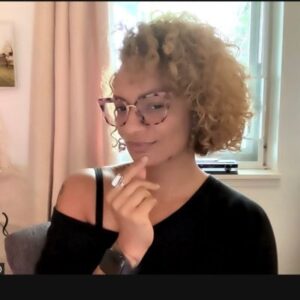 Chelene Knight (at right) will be the guest author on the Federation of BC Writer’s zoom event, Fireside Chat on November 8th, 7 pm PST. Digital doors open at 6:55 pm.

To register and receive a zoom link to join the event, visit this link: (bcwriters.ca/events-for-writers)

The chat will be about an hour long and will feature the FBCW’s special guest host, Megan Cole.  The audience will have an opportunity to ask questions.

Note: This event will not be recorded.

Chelene Knight is the author of the Braided Skin and the memoir Dear Current Occupant, winner of the 2018 Vancouver Book Award, and long-listed for the George Ryga Award for Social Awareness in Literature. Her essays have appeared in multiple Canadian and American literary journals, plus the Globe and Mail, the Walrus, and the Toronto Star. Her work is anthologized in Making Room, Love Me True, Sustenance, The Summer Book, and Black Writers Matter, winner of the 2020 Saskatchewan Book Award. Her poem, “Welwitschia” won the 2020 CV2 Editor’s Choice award. She was shortlisted for PRISM’s 2021 short forms contest. Knight’s latest novel, Junie was released in September by Book*hug Press, and her book on Black self-love and joy is forthcoming with HarperCollins Canada in 2023.

Knight was the previous managing editor at Room magazine, and the previous festival director for the Growing Room Festival in Vancouver. She has also worked as a professor of poetry at the University of Toronto. Knight is now founder of her own literary studio, Breathing Space Collective through which she’s launched The Forever Writers Club, a membership for writers focused on creative sustainability. Chelene works as a literary agent with the Transatlantic Agency. 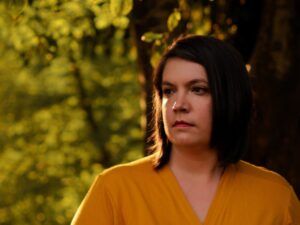 (From Megan’s website): Megan Cole is a tattooed food enthusiast with an obsessive reading habit. She began writing when her high school’s short-lived newspaper published her feminist opinion pieces. As a journalist Megan has worked for community newspapers, CBC Radio, and Canadian Press. Her creative nonfiction has appeared in The Puritan, Invisiblog, untethered, Hungry Zine, Chatelaine, and is forthcoming in The Fiddlehead. Megan is working on her first creative nonfiction book on intimate partner violence, pop culture, and love. She has hosted and curated events for the Federation of BC Writers, Vancouver Writers Fest, Word Vancouver and the Sunshine Coast Festival of the Written Arts.

When Megan isn’t writing, reading, knitting, or cooking, she’s working as the director of programming and communications for the BC and Yukon Book Prizes.