Far from a yacht club 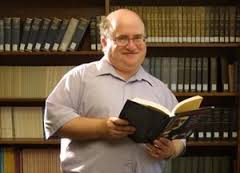 University of Victoria military historian David Zimmerman reveals a nasty rivalry between east and west coast navy crews in Maritime Command Pacific: The Royal Canadian Navy’s West Coast Fleet in the Early Cold War (UBC Press 2016). As early as the Second World War, the East Coasters derisively referred to the Pacific fleet as the “Yacht Club”. It was a criticism of the supposedly easy life enjoyed by West Coast sailors. The derision was born out of a misperception that the waters of the North Pacific were placid and pleasant compared to the stormy tumult of the North Atlantic. The Halifax-based naval crews also harboured notions of a less strenuous operational environment on the West Coast. Zimmerman argues that nothing could be further from the truth as the Pacific Command faced drifting Japanese mines, Soviet submarines and later went through brutal post WWII downsizing, only to have to rapidly expand again in the wake of the Korean War as Cold War fears took hold. 978-0-7748-3035-5