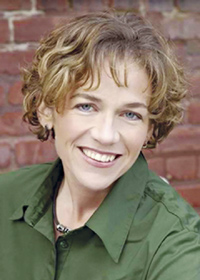 Robin Stevenson has been busy–with eighteen books for young readers since 2007. Some of those books are not light reading. Her seventeenth novel for teens and children, The World Without Us (Orca $9.95), was a serious exploration of the struggles of a young woman to prevent the love of her life from committing suicide. Stevenson has lightened up a bit for The Summer We Saved the Bees (Orca, 2015), even though some of the natural science stuff about bees comes with a storyline that contains selective mutism, stepfamilies and rebellion. If you’re going to write about a family road trip that lasts for weeks, well, it can’t help but get complicated. In this story, Wolf’s mother is determined to save the world’s honeybees through a family road trip that nobody wants to take part in. Wolf has no interest in missing school or wearing a bee costume in public, his teenage stepsister can’t bear to be away from her boyfriend and one of his half-sisters is so opposed she has stopped speaking. Wolf’s mother is so invested in the future of the bees that she doesn’t see the present state of her family. Only when the kids take drastic measures does she finally pay attention to their opposition to her bee-saving scheme. For more advance info on this latest novel, due in September, visit www.robinstevenson.com