Anniversary of a Montreal massacre 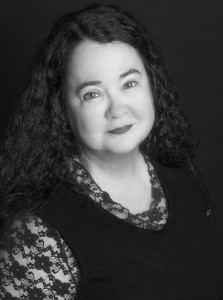 Cathy Ford has published fifteen books of poetry and numerous chapbooks and folios, including poetry, fiction and memoir that were published by blewointment press, Intermedia Press, Caitlin Press, Véhicule Press, Harbour Publishing, gynergy books, Mother Tongue Publishing and others. In her latest work, Flowers We Will Never Know the Names Of (Mother Tongue Pub. $18.95), she marks the 25th anniversary of Montreal’s L’École Polytechnique massacres in a long poem written in the language of flowers and an alphabet re-imagined. It is a memento of love amid violence and loss. Cathy Ford was born in Lloydminster, Saskatchewan, and grew up in northern B.C. She has a B.F.A. and an M.F.A. from the University of British Columbia. She has worked as a poet and fiction writer, publisher, editor, and teacher. She was President of the League of Canadian Poets in 1985 and 1986, and was a founding member of the League’s Feminist Caucus in 1982. From 1984 to 1986 she was a member of a national task force of Women and Words, working to create a draft constitution for a Canadian association of Women and Words. She was a member of the Board of Directors of the Literary Storefront from 1980 to 1982. Ford lived for 18 years on Mayne Island before moving to Sidney B.C. She is married, with one son.