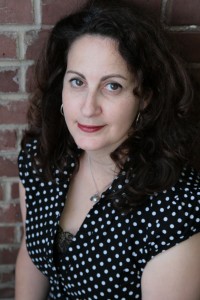 Another graduate of the increasingly effective SFU Writers Studio, playwright and stand-up comedienne Eufemia Fantetti  has been named one of two runners-up for the 17th annual Danuta Gleed Literary Award in 2014, recognizing the best first English-language collection of short fiction by a Canadian author (won by Paul Carlucci of Deep River, Ontario). She was honoured for her five funny and poignant stories of characters “who blend desire, imperfect love and comfort food” for A Recipe for Disaster & Other Unlikely Tales of Love (Mother Tongue 2013). The jury for the Writers Union of Canada concluded: “Eufemia Fantetti’s slim volume of stories, A Recipe for Disaster, is more of a treat than a snack for literary foodies who like their stories fun, brisk, and effortless. The theme of food is sustained without dominating the stories; it functions like a recurring secondary character or a soundtrack. Fantetti’s storytelling is both supple and disciplined as if she were whisking plots and characters together until the reader can hardly distinguish whether characters are acting or being acted upon. True to life, that’s how disasters work.” According to publicity materials, a bemused child witnesses her mother flirt with a police officer responding to a domestic dispute call; a young woman mourns the end of a relationship, recalling the potently toxic recipe that created the disastrous union; a son struggles to accept his father’s emotional frailties and reject his passive approach to loss; a couple finally commits–to breaking up; a recently divorced woman meditates on the source of her ravenous cravings; and a woman decides to end the prolonged vow of silence she took with her devout, hyper-critical mother.” $18.95 978-1-896949-35-2