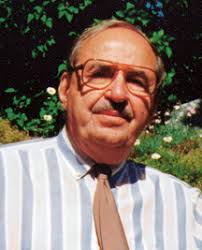 The endurance of B.C.’s pioneer doctors was only surpassed by that of their wives according to Eldon Lee, when he wrote Scalpels & Buggywhips, Medical Pioneers of Central B.C. (Heritage 1997). Beginning with early Indian shamans and ending in the 1920s, Lee traced the history of an area bounded by Clinton, Prince George, Hazelton and Anaheim Lake. Lee wrote four other books and was Central B.C.’s first obstetrician. Born in Chico, California on May 5, 1923, Eldon Lee was raised with his younger brother Todd on a Cariboo ranch. They first arrived in Canada in June of 1929. After serving as an RCAF bomber pilot, he graduated from the University of Washington Medical School in 1952, interning at the Vancouver General and Shaughnessy Hospitals. With his wife Marjorie and the first of their six children, he moved to Hazelton and became a rural doctor. He later specialized in obstetrics at Vancouver General, worked for a year in England before he became the only obstetrician and gynaecologist north of the 51st parallel in B.C. He was a resident of Prince George for three decades. In retirement he studied Latin and Greek, and piloted ultralight planes. With his brother Todd he co-wrote Tall in the Saddle: Ranch Life in the Cariboo (Heritage House, 1995). His other books were From California to North 52: Cariboo Experiences (Caitlin, 1994), The Hutchwell Papers (Self-published, 1995) and A Western Doctor’s Odyssey, From Cariboo to Kos (Heritage, 1996). He died on September 3, 2018.