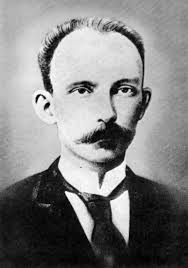 David Doyle, Powell River historian and author (FROM THE GALLOWS – the lost testimony of Louis Riel – Canada 150 Edition) is returning to give a second presentation on Canada’s Louis Riel and Cuba’s Jose Martí at the third annual UNESCO World Balance Conference taking place January 25-28 2016 in Havana, Cuba. Doyle’s main interests is to bring to light the reconciliation process presently active in Canada and see Louis Riel exonerated for Canada’s Sesquicentennial—July 1, 2017.

The UNESCO Conference for World Balance discusses and deliberates on major world problems and challenges with the event marking the anniversary of the birth of Cuban national Hero Jose Martí. Working with noted Cuban historian, Manuel Velazquez (PhD), Doyle is the author of the PROPHET and the APOSTLE OF THE NEW WORLD – PROFETA Y APÓSTOL DEL NUEVO MUNDO Louis Riel y José Martí a bilingual Canada-Cuba review of their remarkably similar careers as “liberators” – political, economic, literary and religious thinkers and revolutionaries. He chronicles their life’s works each leading their national struggles through the pain of exile and martyrdom in the last half of the nineteenth century.

David Doyle is Secretary of the Friends of Louis Riel Society which seeks to ensure Louis Riel is exonerated and recognized as Canada’s “Aboriginal (Métis) Father of Confederation.” Doyle first introduced Louis Riel to Cuba at the International Book Fair in 2012. Returning each year since he has undertaken a comparative study into the life and works of Jose Martí and Louis Riel highlighting the distinction between the love and respect Martí receives in Cuba and the situation where Louis Riel remains a convicted criminal—and a “traitor” in Canada. Doyle exposes the colonial nature of official Canadian antipathy towards Louis Riel and his Métis nation and the new found hope for true reconciliation with a new Canadian government respecting Aboriginal rights. Referring to the Truth and Reconciliation Commission’s (TRC) recommendations and the United Nations Declaration on Indigenous Rights Doyle draws the conclusion that without the exoneration of Louis Riel Canada will face the inevitability of ongoing injustice. Exoneration of Louis Riel, Canada’s Aboriginal Father of Confederation, opens the door to justice, mercy and reconciliation.

David Doyle has a deep admiration for José Martí, the Apostle of Independence who is rightful and respectfully recognized as a national hero in Cuba and internationally while Louis Riel, and his career as a New World Liberator, remains in virtual obscurity. Working with the Friends of Louis Riel, David Doyle calls for a parliamentary review of the career of Louis Riel, pointing out that Canadian Prime Minister Justine Trudeau has the opportunity to rectify history and recognize Louis Riel as Canada’s “Aboriginal (Métis) Father of the Confederation.” The country of Canada, and especially the Aboriginal peoples of Canada, could receive no greater present on Canada’s 150th birthday—July 1, 2017—than the exoneration of Canada’s New World Liberator – Louis Riel – the Prophet of the New World.

Mr. Doyle may be contacted at davyd@rielity.ca