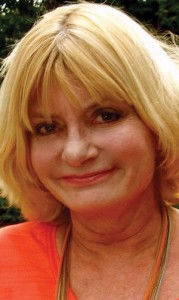 Respected and loved as a teacher and an ‘enabler,’ Dona Sturmanis died in the Okanagan of cancer at age 60 on March 8, 2016. Born in Texas in 1955, she received a BFA and MFA in Creative Writing from UBC and worked for twenty years as a journalist, author, editor, teacher and publisher for her own imprint, Orca Sound Publishing. Among the significant titles she published was Terry Gould’s first book, How the Blind Make Love (1984) and a poetry collection by Pat Lowther, Final Instructions (1980), edited by Fred Candelaria. Her own first book was The Coffee Lover’s Handbook (Intermedia 1979), co-written with Cathy Ford. Having remarried in 1992, Sturmanis moved to Peachland where she was a contributing writer and editor for Okanagan Life magazine for 23 years. She also coordinated and published four ‘Secrets & Surprises’ books with local writers. These began with Summerland Secrets & Surprises: The Ultimate Small Town (Summerland Writers and Publishers, 1993), followed by Penticton Secrets & Surprises, Richmond Secrets & Surprises and Okanagan Secrets & Surprises. Her own books were Viole(n)t Culture (Word is Out Press, 1996) and a poetry collection concerning ancestry and relationships, You Mistook Heaven (Kalamalka Press, 1998). She was first diagnosed with breast cancer in June, 2012, whereupon her many friends and admirers in the arts community organized a fundraising benefit for her. In her final years, Sturmanis was writing a book about happiness.

She wrote on her blog:

“I am happy to report that most days, I am … happy. I made the decision to be happy more than a year ago when I was informed that my breast cancer had returned and metastasized into my lung and bones. Not knowing how long I had left, I wasn’t going to spend that time depressed, as I did after my first diagnosis. This time, I was determined to enjoy every moment.

“My decision to start my mornings by dancing around the kitchen to Pharrell Williams’s hit song “Happy,” while revelling in the aroma of the insanely priced coffee beans I’d just ground, is not unusual. According to a 2013 study, people who have dealt with adversity in the past often report a heightened capacity for savouring the moment. The study authors conclude that “the worst experiences in life may come with an eventual upside, by promoting life’s small pleasures.

“Getting happy, of course, is not just a priority for someone who’s been through a traumatic event—serious personal illness, death of a family member, divorce, et cetera. It’s on everyone’s mind. Books are continually written about happiness. It’s studied at universities. The University of California, Berkeley even offers a free online course called “The Science of Happiness,” which has been taken by more than 200,000 people since it launched in September 2014.”