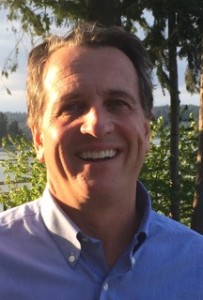 The Reservoir, Douglas Hassan’s debut thriller, is part of a projected trilogy. Several stories are intertwined with bioterrorism as the underlying theme. The Reservoir involves a report of an Ebola-like virus devastating the population of small villages in the Virunga area of the Congo and the suspicion that an unidentified species of highly evolved apes might be the reservoir of the virus.

A small team of experts from Seattle agree to make a scientific expedition: an anthropologist expert in apes, his friend, an orthopaedic surgeon, an adventurer familiar with the area and a security person. In Paris, the team is joined by a female virologist who is an expert from the Pasteur Institute.

After an arduous journey down the Congo River. the scientific group manages to encounter this new species of apes and are able to obtain blood samples for further study. Unbeknownst to this group, a Pakistani doctor who has turned himself into a full-time terrorist is hoping to create a biological weapon and so he wants to get a sample of the virus, too.

The CIA has been tracking this doctor for other terrorist activities. Aware of the potential for bioterrorism, the CIA sends sends agents to intercept the Pakistani before it is too late. A CIA agent will pursue the terrorist and his accomplices across several continents, leading to a face-to-face meeting with the Pakistani doctor in a Taliban-run prison in the Pashtun area. Meanwhile, what’s going to happen to the viral sample held in the Pasteur Institute in Paris?

The Reservoir ends as a cliffhanger.

Douglas Hassan, a practicing orthopaedic and hand surgeon with Puget Sound Orthopaedics, was born in 1961 and raised in North Vancouver. Attending the University of British Columbia, he received a science degree in 1983 and his medical degree in 1987. He is the author of several scientific publications and a text book chapter in orthopaedic surgery. In his spare time he enjoys tennis, snow and water skiing and fishing – a sport that he may have learned from his father, now a retired North Vancouver physician.