Crozier & Neel up for award 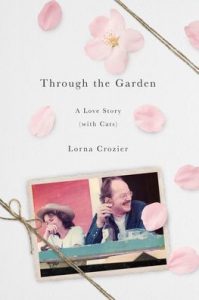 Two B.C. authors have been shortlisted for the Hilary Weston Writers’ Trust prize for non-fiction: Lorna Crozier for Through the Garden: A Love Story (with Cats) (McCelland & Stewart 2019) and David Neel for The Way Home (UBC Press 2019).

In Through the Garden Crozier makes sense of her grief following the loss of her partner, the poet Patrick Lane, by tracing her artistic development across the 40 years and 40 books the couple shared. The result is a memoir about the difficulties and joys of creating and the risks and immense rewards of partnership. The jury said Crozier’s memoir “reminds us that memory, like history, makes us who we are and outruns death.” Crozier, a widely recognized and influential poet, is originally from Swift Current, Saskatchewan, and currently lives on Vancouver Island. 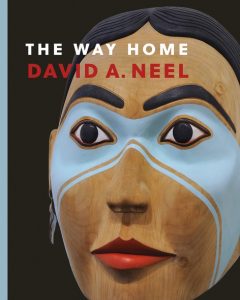 David Neel is a carver, jeweler, painter, printmaker, writer and photographer who comes from a family of traditional Kwakwa̱ka̱’wakw artists. As an infant he was separated from his homeland and its rich cultural traditions shortly after his father, a traditional Kwakwa̱ka̱’wakw artist, died. Drawing on memories, legends, and his own art and photography, Neel recounts in The Way Home his struggle to reconnect with his culture after decades of separation and a childhood marred by trauma and abuse. The jury congratulated his “spellbinding memoir” as “wise and deeply moving.”

With a prize of $60,000, the Hilary Weston Writers’ Trust prize is the richest annual literary award for a book of nonfiction by a Canadian writer. Each finalist receives $5,000. The winner will be announced on Wednesday, November 18 via the digital Writers’ Trust Awards: Books of the Year Edition.