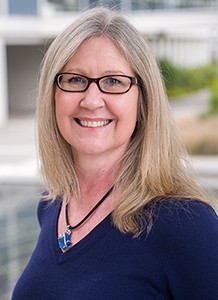 Tiffany Potter has won received the Killam Award for Excellence in Teaching in the Faculty of Arts at UBC in 2015.

As a specialist in 18th century British and American literature, particularly with regards to libertinism (as reflected in the writings of Henry Fielding, Samuel Richardson, Aphra Behn, Mary Davys and Eliza Haywood), Tiffany Potter of the UBC English Department has examined two short novels by the bookseller, playwright, editor and occasional actress Eliza Haywood (1693?-1756) who scandalized London society with her fiction that included The Masqueraders and The Surprize. Potter has edited and introduced annotated scholarly versions now published as The Masqueraders, or Fatal Curiosity, and The Surprize, or Constancy Rewarded (UTP 2015). $24.95 978-1-4426-1587-8 Potter received her Ph.D from Queen’s in 1996. She writes: “Most of my research career has focused on eighteenth-century studies, with a particular interest in notions of gender, identity, and sexuality, starting with studies of libertinism (including work on Henry Fielding, Samuel Richardson, Aphra Behn, Mary Davys and Eliza Haywood), then shifting across the Atlantic to consider representations of Indigenous North American women in both fiction and ostensibly historical contact and captivity narratives.

“Both of these fields have intersected with my interest in eighteenth-century theatre, and I have published editions of Robert Rogers’ 1766 play, Ponteach, or the Savages of America: A Tragedy and Elizabeth Cooper’s delightfully edgy, witty 1735 comedy, The Rival Widows, or Fair Libertine.

“Since 2005, I have also been working in television studies, editing collections with CW Marshall on HBO’s series The Wire (arguably the best thing television has ever done) and on the re-visioned Battlestar Galactica (which uses the cover of science fiction to critique post-9/11 American culture and politics).

Honest Sins: Georgian Libertinism and the Plays and Novels of Henry Fielding (McGill-Queen’s, 1999)